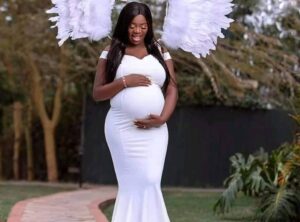 Speaking after the delivery, Ruth Matete’s dad Abel Amunga said he is elated to be officially a grandfather.

“I have been a grandpa before because I have raised my late sister’s kids and they have children but it wasn’t as great as it is right now coming from my very own flesh and blood. I am a proud grandpa,” he said. 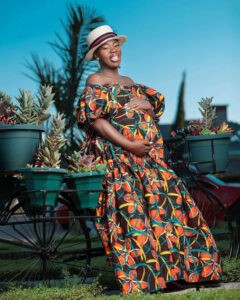 The singer’s father also revealed that his daughter delivered on October 19 through CS as she had to deliver slightly earlier than the due dates.

“She had high blood pressure and in order to save both the mother and the child, the doctor recommended a premature CS be done which was successful and both are safe and healthy,” Amunga said.

“Ruth was expecting her baby in mid-November but the baby came three weeks earlier. The doctors tried to push it up to around 37 weeks but it was not possible.”

During the burial of her late husband, Ruth revealed that her husband had already chosen a name for their child. 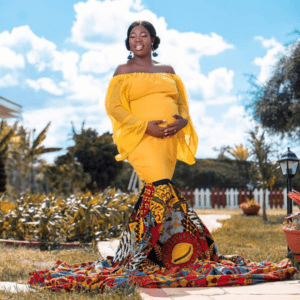 It was also at that point that she also revealed that she was expecting a baby boy.

According to Matete’s father, the first and second scans revealed the baby was a son but her third revealed it was a girl.

“From the time she went for her third scan, we’ve always known it is a girl. I knew it was a girl from the word go and I spoke out of inspiration like I always do. A lot of people looked at her traits and expected she was expecting a girl but the first word that came from my mouth, I said it is a girl,” Amunga said.

“Not because I had any physical thing but out of inspiration and even when the first scans came out, that revealed it was a boy, she asked me if I wanted to close over to the people who said its a boy but I said no and maintained it was a girl,” he added.

Ruth Matete and her baby left the hospital on Friday.

Her dada thanked all the friends who have stood with them during the journey.