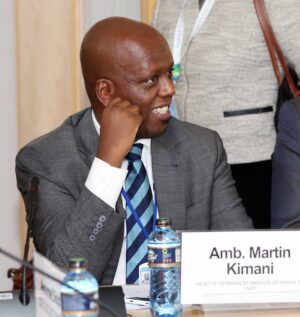 Outgoing joint secretary to the Building Bridges Initiative (BBI) Martin Kimani has included President Uhuru Kenyatta has one of his referees in his resume.

This was revealed during the vetting process of different nominees to diplomatic postings.

Ambassador Kimani was taken to task, with an MP suggesting that he was attempting to intimidate Members of National Assembly Defence and Foreign Relations Committee, who are undertaking the exercise.

Kimani, President Kenyatta’s nominee to the United Nations in New York, also surprised MPs by declaring a Sh58 million net worth despite holding high-profile jobs in his 22-year-career period.

“The president is the appointing authority. Why did you have to list him as your referee? Are you trying to intimidate us by saying Uhuru is your referee? asked Mandera North MP Bashir Abdullahi.

Kimani was all apologetic, saying he did not mean to intimidate the MPs.

“Referees are those people who know your character. This is what I was thinking when I included him, but now thinking that my referee is actually the appointing authority, I realise I made a mistake. I would be happy to add one more name,” he said.

Amb. Martin Kimani has a hard time during vetting after he listed President Uhuru Kenyatta as one of his referees. pic.twitter.com/Biztqiaufk

Wambua, a decorated officer at Foreign Affairs ministry currently serving as Director, Americas Directorate, told the vetting panel that she will pursue more educational opportunities for Kenyans in Canada.

Ambassador Mwangi promised to protect Kenyans from xenophobic attacks in South Africa while nominee for Moscow posting said she will push for more engagement with Russia on space technology and engineering.

“We expect all countries to adhere to the Vienna convention. As an ambassador, I will not interfere in their affairs, and I will expect reciprocity,” he said.

The country’s nominee to Canberra said he will seek to create a ‘transactional relationship’ with Australia and open more opportunities for Kenyans.

During the vetting, BBI’s Kimani was the centre of focus.

He was also put to task over his lack of membership in any professional body. His response was curt but also near comical.

The nominee holds an MA and PhD in War Studies from King’s College of the University of London.

MPs doubted his net worth, noting it was ‘too little’ for a man who has held many high-profile jobs, including as Kenya’s representative to the United Nations Environment Programme and Habitat. 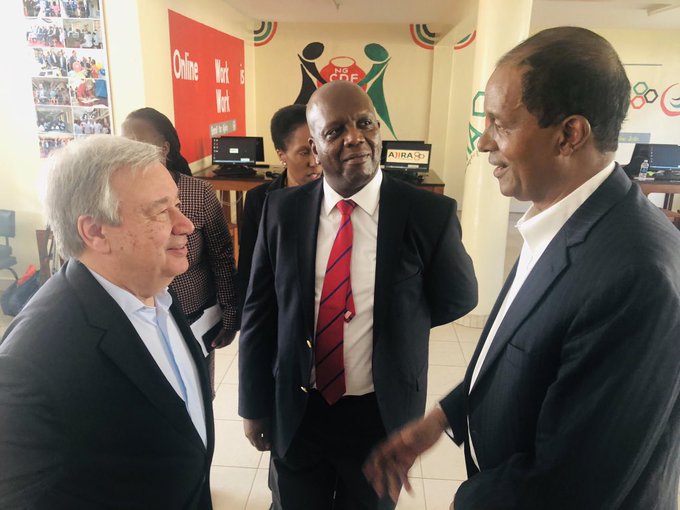 He was also the Director of the Counter-terrorism Centre before he was tapped to spearhead the BBI team.

Imenti Central MP Moses Kirima noted that the nominee has served in many positions since 1998 and suggested that his stated net worth could not be a true figure for a man of his stature.

Saboti lawmaker Caleb Hamisi said that figure may be “money you have in your account.”

The nominee, however, explained that he has invested most of his money in education and that he has no other investment apart from “a small plot here and there.”

On suggestions that he had been extravagant, Kimani told the MPs that he would be glad to receive ‘a few lessons’ on saving culture’.

“I have invested much of my income on education and even foregone many years of pay to fund my Masters and PhD studies. I might even end up with less income after I’m done with the United Nations and go back to school,” said Kimani.

“My income is salary. I don’t have much more than the salary. My net worth is the plot you buy here and there. That is all. I have added it all up. I have a villa which is under a mortgage,” he told the House team chaired by Kajiado South MP Katoo ole Metito.

He promised to push the continent’s interests at the United Nations Security Council to which Kenya was recently elected. He also promised to push for the strengthening of UN offices in Kenya.