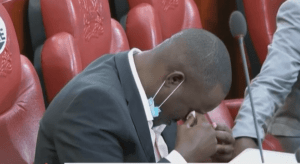 Kakamega Senator Cleophas Malala has been removed from the youth leadership position by the Western Region Parliamentarians.

As the head of the youth movement, Amisi is tasked with developing strategies for rejuvenating the region’s socio-economic growth.

“We have taken the western region. We are ready to deliver our people them from bondage and we are also in support of the BBI, ” he said.

Adding” If anyone wants to talk to youths of western, it will be through Edwin Sifuna (ODM Secretary General), Godfrey Osotsi (Nominated MP), Mercy Cheben (Nominated Senator) and Amisi who is the leader.”

In a meeting, the team resolved to promote unity of purpose, peaceful co-existence and empowerment of the community. 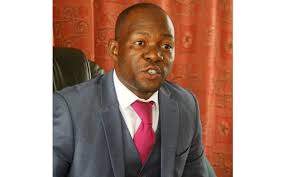 “The movement supports the handshake between the president (Uhuru Kenyatta) and the Hon Raila Amolo Odinga (former Prime Minister) for its promotion of lasting peace,” read a statement from the youth movement.

The team also pledged to increase allocation of resources to counties as well as help realise the need for expansion of opportunities, job creation and lasting peace.

Amisi further noted that the region had been marginalized politically although it wielded a sizeable political power.

“We want to change the narrative so that this region will no longer be a center of political brokerage during elections. We must be part and parcel of the government of the day,” he added.

In September, Sifuna explained that the party was convinced that Malala was no longer serving the interests of the minority, yet ODM gave him the position and the mandate.

He also accused the lawmaker of having dalliances with Deputy President William Ruto among other leaders, not in tandem with the agenda of the minority.

Malala has been at loggerheads with ODM leader Raila Odinga and the government after he refused to support the one man one vote revenue sharing formula as supported by Raila and his brother Uhuru Kenyatta.

The senator has since gone back to support the political ambitions of ANC leader Musalia Mudavadi.