Is Raila’s Condition Getting Worse? This Is Why He Flew To The Coast Immediately 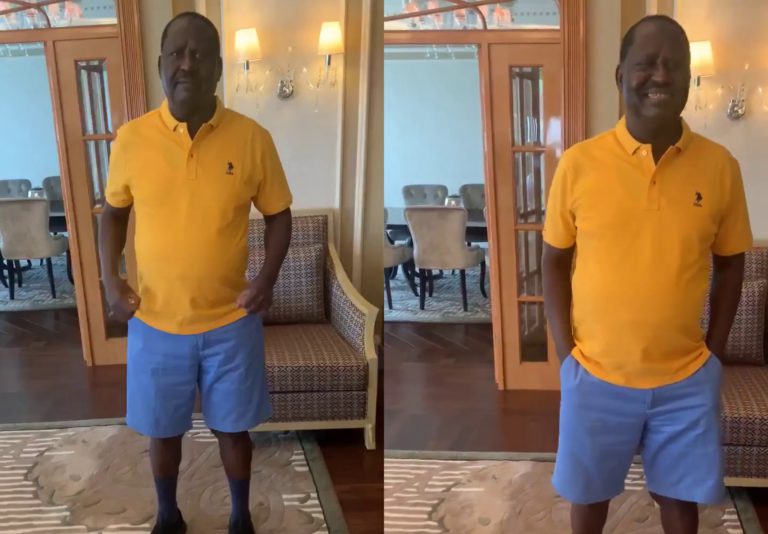 Reports say that Raila Odinga had to be flown from Nairobi to Watamu, Kilifi with immediate effect for medical reasons.

Sources told Sonkonews that the former Prime Minister was flown from Nairobi to the coats after his doctors advised him to move to the warm coastal town.

Mr. Odinga is expected to stay at the coast for at least two weeks until the chilly conditions in Nairobi come to an end.

His right-hand man and Minority leader in the National Assembly John Mbadi confirmed the same that Rail was away on the Coast.

But according to Mbadi, Raila will stay in Watamu for about four days before coming back to the city.

“We were with him on Friday and he told me he would go to Coast for four days. You see he is supposed to take his rest. He is ok, he is just recovering,” Mbadi said.

The health condition of ODM leader Raila Odinga has been the subject of interest to the public ever since he was flown to Dubai for minor surgery on June 24.

But on July 13, the ODM leader made a quiet return ostensibly to not alert his supporter who would have flocked the airport and break the Covid-19 protocols.

Early this month the BBI task force chaired by Garissa Senator Yusuf Haji said it had done writing the final report and was just waiting on the availability of President Kenyatta to present the document.