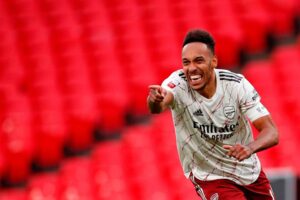 Mikel Arteta claimed Arsenal captain Pierre-Emerick Aubameyang is close to signing a new contract after the Gunners beat Liverpool 5-4 on penalties following a 1-1 draw in the Community Shield on Saturday.

Aubameyang put Arteta’s side ahead in the first half at Wembley with a typically eye-catching strike.

Japan’s Takumi Minamino equalised with his first goal for Liverpool late in the second half of the annual pre-season friendly between the Premier League champions and FA Cup winners.

In the shoot-out, Liverpool’s young striker Rhian Brewster was the only player to miss, hitting the bar with their third penalty before Aubameyang calmly dispatched the decisive spot-kick.

As if Arteta needed any reminding, it was another sign of the influence wielded by his captain Aubameyang, who is yet to commit his long-term future to the club as he enters the final year of his contract.

Gabon forward Aubameyang has kept Arsenal waiting nervously during protracted talks and he demurred when asked in a post-match interview if he was ready to sign the club’s contract offer.

“We are going to see, today we will just take the trophy and that is it,” he said.

Arteta has remained confident the 31-year-old will stay and he insisted his talisman’s status will be resolved to his satisfaction before the Premier League season starts on September 12.

“We are close,” Arteta said of the contract. “He was magnificent in the FA Cup final and again today.

“Big games, big moments, big players. He is responding really well to that kind of pressure.” 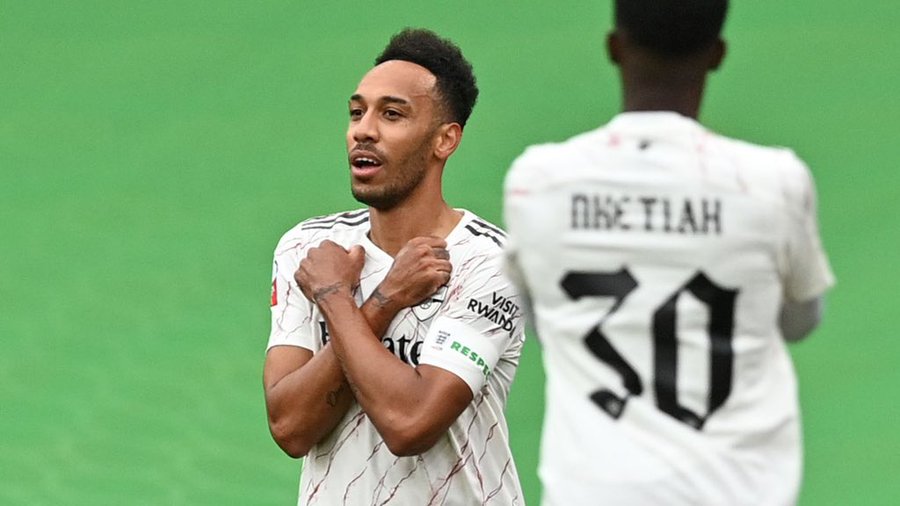 For Liverpool, it was the second successive season they have lost the Community Shield on penalties after being beaten by Manchester City last term.

That is unlikely to concern coach Jurgen Klopp too much given the champions’ lack of rest and preparation since winning the title for the first time in 30 years.

“For these type of games you need the final punch. We created enough, had the ball quite a lot, but had to be careful of their counter-attack,” Klopp said.

“A penalty shoot-out is always a little bit of a lottery and we were unlucky there, so congratulations to Arsenal.”

Trouble: Gideon Moi About To Cut All Ties With Jubilee