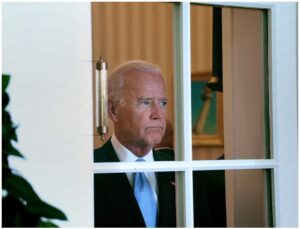 Donald Trump is currently fully cooperating with Joe Biden’s transition behind the scene while challenging his victory on Twitter.

President Trump on Monday reluctantly approved the gradual transfer of power after recommending the General Services Administration (GSA) and others in his administration begin “initial protocols.”

GSA said that it was acknowledging Biden as the “apparent winner”. The agency’s administrator Emily Murphy said she was making $6.3 million in funds available to the president-elect.

Even as Trump recommended the transition, he took to Twitter to fire up his base falsely telling them that he was winning.

Trump has sought to overturn the results of an election that his own administration described as the most secure in US history, before he fired the official who made that statement.

The president appears to have finally accept his fate, following pressure from all quarters including from his own Republican party.

CNN reports that coordination on when Biden will receive his first briefing is currently underway.

Receiving classified intelligence briefing is typically one of the first rights of a presidential candidate after winning the election.

President’s Daily Brief is prepared by the Office of the Director of National Intelligence for the President, Vice President and senior advisers.

Related: Game Over For Trump As He Finally Approves Biden’s Transition To Pave Way For End Of His Presidency