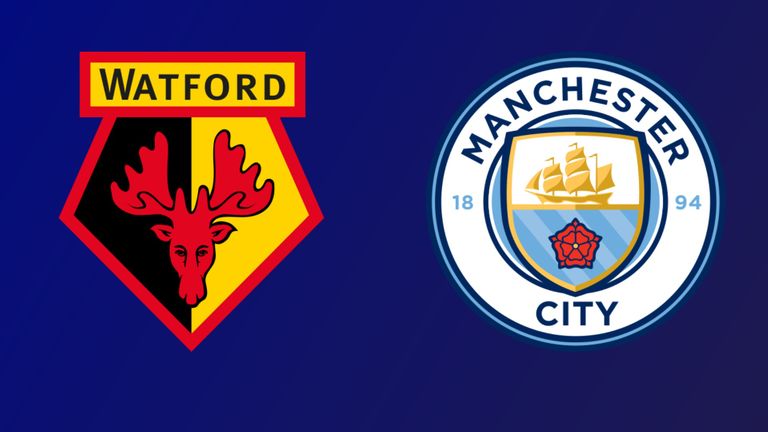 Pearson was sacked as manager on Sunday, with U23s coach  Hayden Mullins taking over for the final two games of the season as Watford sit three points above the relegation zone.

It has been a dramatic campaign for the Hornets both on and off the pitch, and while they can technically stay up without winning another point, a win here would almost guarantee safety.

But standing in Watford’s way is a Man City side who beat them 8-0 in the reverse fixture earlier this season, and Pep Guardiola’s side are smarting from their shock FA Cup exit to Arsenal.

Watford duo Troy Deeney and Adam Masina are being assessed after they were substituted at West Ham, while Etienne Capoue is again an injury doubt.

Manchester City are expected to make changes to the side beaten in Sunday’s FA Cup semi-final with Fernandinho, Rodri and Phil Foden in contention to return.

Manchester City are on a 12-match winning streak against the Hornets, by an overall aggregate score of 46-6.

Watford are winless in the last 17 meetings between the sides in all competitions (D2, L15).

The Hornets’ most recent victory over City was a 1-0 home triumph in the second tier in March 1989.

They have lost only two of their nine previous home games against current top 10 sides (W3, D4).

Watford are looking to become the first club to beat both the Premier League champions and runners-up at home in a single season since Manchester United in 2016-17.

The Hornets have kept only one clean sheet in their last 13 league fixtures.

Troy Deeney can score in three consecutive league matches for the first time since February 2017.

Manchester City have accrued a league-high 18 points since the restart and scored a division-best 25 goals.

Pep Guardiola’s side are looking to win four consecutive league fixtures for the first time this campaign.

City have lost four of their past six away league matches (W2) and failed to score in three of them.

City need to score four times versus the Hornets to equal the Premier League record of 12 goals against an opponent in a single season.

Guardiola’s men have scored 93 Premier League goals this term, at least 16 more than any other club.

Riyad Mahrez has scored in seven of his nine league appearances against Watford.

Raheem Sterling has scored six goals and assisted one in his last two appearances against the Hornets.

City are unbeaten in the 33 games in which Gabriel Jesus has scored, winning 32.