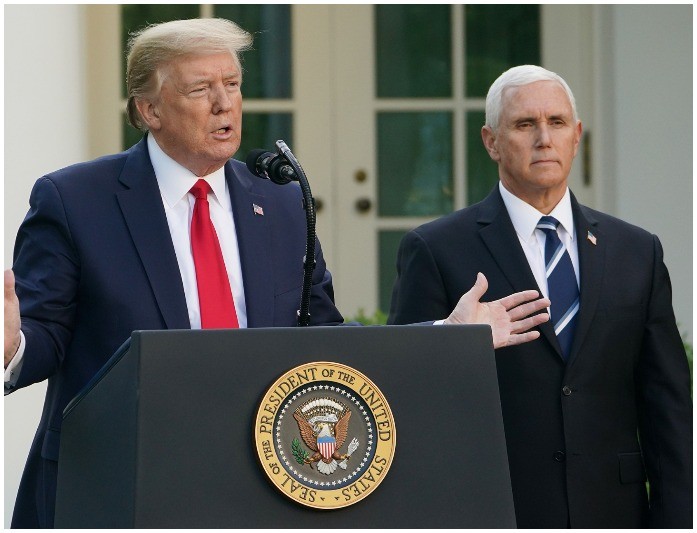 Pence presided over joint session of Congress to count and verify electoral college vote on Wednesday January 6th, his role was merely a formality and had no power to stop the process as Trump demanded of him.

Pence had been loyal to Trump throughout the president’s four years in office. He however attracted the ire of his boss by going against his wish to prevent Congress from certifying Biden’s win.

Trump was so furious at the Vice President that he even decided to block Pence’s chief of staff Marc Short from accessing White House.

The height of Pence/Trump fall-out came when the president said he will not attend Biden’s inauguration while the Vice President confirmed he will be in attendance.

Trump had increasingly isolated himself in the White House, relying on a small group of diehard loyalists and lashing out at those who dare to cross him, including Pence.

However, on Monday January 11, Trump and Pence spoke for the first time after the extended period of silence.

A senior administration official told CNN they met in the Oval Office, had what was described as a good conversation and discussed the week ahead while reflecting on the last four years of the administration’s work and accomplishments.

Pence holds the key to Trump’s impeachment, Democrats have been calling on him to invoke the 25th Amendment to remove Trump from office.

House Speaker Nancy Pelosi has said the House will vote on the measure on Tuesday, and could proceed with impeachment if Pence doesn’t act.