Uganda To Shun Kenya In Building Its 2,700Km-Long SGR 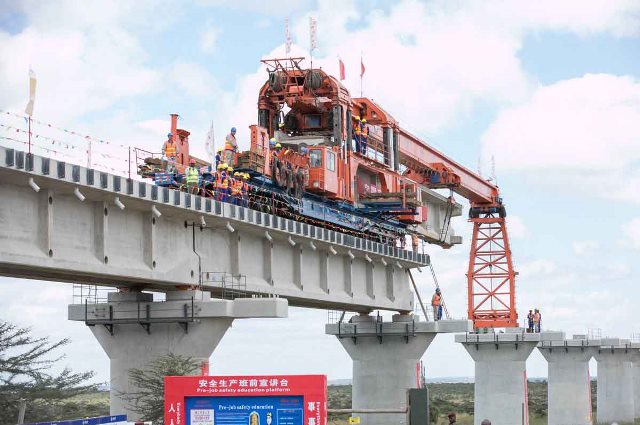 Uganda is planning to build its standard railway even if Kenya fails to extend its line to the Malaba border, reports.

The construction of the long-delayed SGR will commence in the 2022/2023 fiscal year even as the connection with Kenya remains unclear.

The construction of the SGR was part of the Northern Corridor Infrastructure project linking three East African countries – Kenya, Uganda, and Rwanda. The construction however stalled amid political and financial uncertainty.

Uganda has now diverted its attention and now looking forward to building the 2,700km-SGR connecting with its northern, eastern, southern, and western neighbors.

Perez Wamburu, SGR project co-ordinator, said there is a likelihood of closing a financial deal with China Exim Bank in the coming months.

One of the major outstanding issues with Kenya, which came into doubt after Kenya paused its SGR development construction in Naivasha, opting instead to revamp the old meter-gauge to Kisumu, where it is building a railway cargo transshipment facility.

Another issue concerns the operations plan for the network and lastly, the loan repayment plan.

“I think we have answered all those queries satisfactorily and conclusive talks should start soon after the elections in 2021. The viability of the line under different scenarios remains positive and a Chinese company will operate the network for the duration of the loan repayment period before handing over the assets to Uganda,” Wamburu said as reported by Daily Monitor.

One of the scenarios Uganda has considered is the viability of the line without a direct interface with the Kenyan system, with cargo being ferried on water instead to a facility set to be developed in Majanji on Lake Victoria.

Another option sees Kenya eventually extending its line to Malaba, while the other option is having a hanging line running from Kampala to Malaba.

According to Wambur, a direct interface with the Kenyan SGR would be a better option but noted that the line would still have a positive rate of return under all scenarios albeit with various margins.

The construction of the SGR is a debt-neutral project at the moment since the contract fee of $2.26 billion for the first phase is already accounted for under the existing stock of $15.5 billion of the national debt stock.

The decision to continues with the construction is premised on the idea that by the end of the projected construction period, Kenya would have resolved whatever issues are holding up the extension of its line to Malaba.

“We shall be sitting with Kenya and China Exim to bring clarity to issues of the interconnection but everybody is still committed to this project,” Wamburu said according to the Daily Monitor.

Co-operative (NACHU) To Put Up Over 125,000 Low Cost Housing Units In Kenya