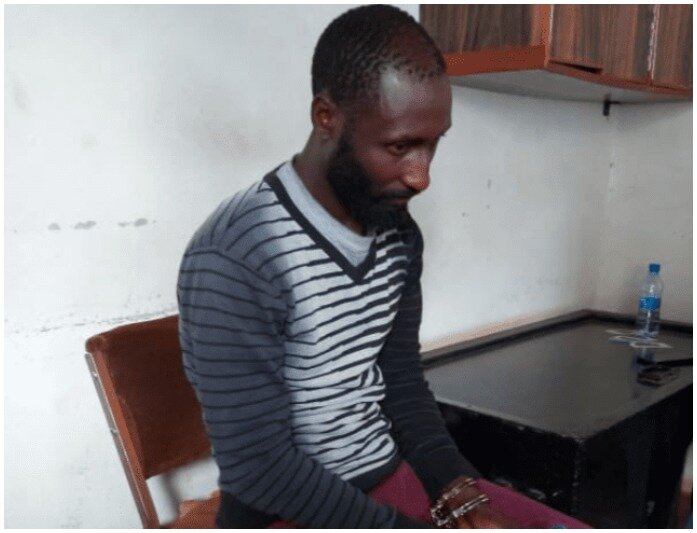 Evans Wanjala who is suspected to have murdered five children in Moi’s Bridge, Uasin Gishu County will remain in police custody for the next 21 days.

The Eldoret court has decided today that Wanjala remains in custody to allow time for detectives to complete their investigations. Wanjala will be held in police cells in Eldoret.

Peter Kamau, the officer in charge of investigating Wanjala, told the court that he needs more time to conduct investigations following new reports about the murders.

The Directorate of Criminal Investigation (DCI) had received more complaints against the suspect which need to be fully examined and more evidence collected.

“The court had on July 8, granted us 14 days to complete investigations and avail the suspect in court but we have not covered all areas, we need to do a thorough investigation before closing the case,” Kamau said during Wednesday’s court session.

Eldoret’s chief magistrate Naomy Wairimu has directed the suspect to be taken back to court on 12th august 2021.

Last week, the suspect, who was arrested two weeks ago, took police officers to the area where he committed the crimes after kidnapping his victims.

At the same time, Wanjala’s co-accused Daniel Maru has been set free after it was determined there was lack of enough evidence binding him to the case.

According to reports, the murders of the children were committed between 2019 and 2020.

Wanjala is also facing another charge of sexual offence in Kajiado Law Court and two other cases that were filed at Makindu Law Courts in 2018.

Related: Evans Juma Wanjala, A Serial Killer Who Murdered 5 Girls Narrates How He Strangled Them