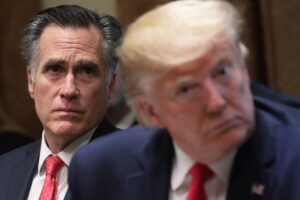 On Saturday night, the Trump campaign requested a second recount in Georgia, a day after top Republican state officials certified his defeat following a statewide audit. This one will be done by machine and is even less likely to reverse his fate. Hours earlier, a federal judge rejected the Trump campaign’s latest effort to disenfranchise millions of voters — this time in Pennsylvania.

All around the country, Trump lawyers and loyalists are seeing their baseless allegations of systemic voter fraud treated with increasing contempt by disbelieving judges. Even now, with a wave of certification deadlines about to crash down, the President and his opportunistic enablers are injecting doubt — and anxiety — wherever they can. The returns, though, seem to be diminishing. This time around, it was Judge Matthew Brann, a Republican, who is tossing out a Trump-backed lawsuit felt compelled to underscore, with a literary flourish, the absurdity of the campaign’s assertions.

“This claim, like Frankenstein’s Monster, has been haphazardly stitched together from two distinct theories in an attempt to avoid controlling precedent,” Brann wrote. His decision prompted another Republican, Pennsylvania Sen. Pat Toomey — who is not running for reelection in 2022 — to do the bare minimum in breaking ranks with party leaders and acknowledging Joe Biden as the President-elect.

But even as Trump’s brazen bid to subvert American democracy keeps gobbling up headlines, it is his appalling handling of the pandemic that seems poised now to etch itself more lastingly into the history books.

The United States surpassed 12 million coronavirus cases on Saturday, adding nearly 200,000 more to its staggering count. Trump has made no mention of the terrifying milestone. Rather, he spent part of the day golfing.

It was just as well.