Tout charged with throwing passenger out of moving bus 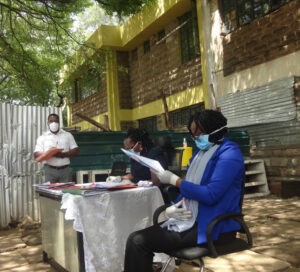 A matatu tout has been charged with forcibly pushing a passenger out of a moving bus and violently robbing him of his mobile phone valued at Sh16,000.

Chiteyi is said to have robbed Leonard Thiong’o on September 6 in Uthiru within Nairobi county.

He committed the offense with others who were not before court.

The complainant had boarded the vehicle in the CBD to Cooperation but the accused person terminated the trip miles away from the destination.

The complainant then asked for his fare and the accused person threw him out of the bus and he fell head first, sustaining deep head cuts.

Thiong’o then found himself in the hospital moments after regaining consciousness and reported the matter to the police which led to the arrest of the accused person.

Chiteyi however told Kitagwa that he never committed the offense.

Kitagwa ordered his release on an Sh500,000 bond with a surety of a similar amount and directed the case to proceed on November 6.

This is the latest in a worrying trend of deaths caused by rogue matatu crew operating with reckless abandon, causing death and injuries to many Kenyans who for lack of alternatives, have to depend on the poorly managed public transport.

In June 2019, 28-year-old Florence Wanjiru died after she was thrown out of a speeding matatu. 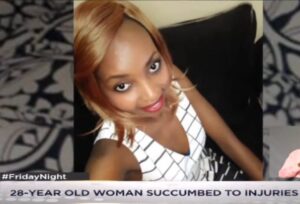 .The driver of the matatu was later arrested by police.

A CCTV footage captured Wanjiru boarding the bus to head home after work on a fateful day that she would later tell her family that she was hit by a metal rod before being pushed of the speeding matatu.

She was rushed to St Francis hospital before being referred to Kenyatta National Hospital where she allegedly remained unattended to for nearly a whole day.

It remains unclear why the deceased had to wait for so long without being attended to before eventually succumbing to her injuries at Kenya’s largest referral hospital.

In June 2018, a security guard was crushed to death along Waiyaki way after being pushed out of a moving matatu.

A few days later, Dorine Kinya Mwiti- a Nairobi Institute of Business Studies (NIBS) student was pushed to her death along Thika Road with the crew going into hiding.

Controversy would emerge later that the matatu registered under Zam Zam Sacco registration number KCC 021 A belongs to a well-connected individual and police were reluctant in handling the matter.