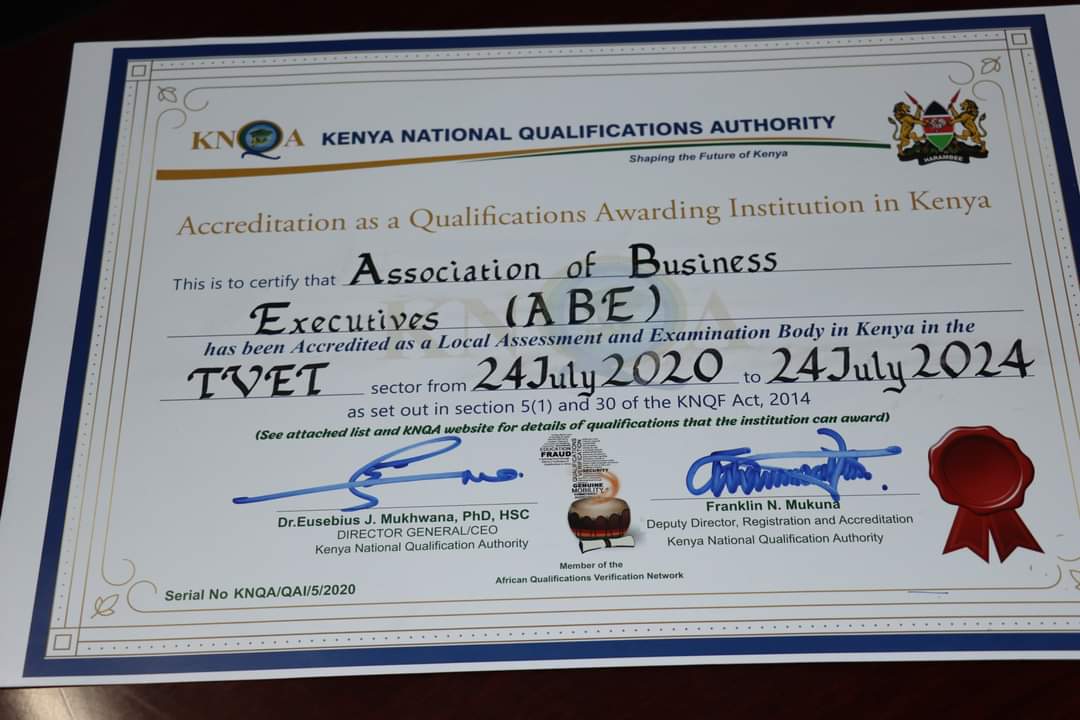 The director-general urged the National Government, County Governments, and other employers to join the fight against fake certificates noting that quack graduates must be eliminated from the job market.

“You can imagine that if you have a fake doctor or a fake engineer it means that the lives of the people are in danger,” he said.

Speaking at the graduation of 124 Scaffolders at Africa Oil and Gas Company (AGOL) in Miritini Mombasa, Mukhwana said the authority has intensified its war to ensure only genuine graduate work secure job opportunities in the country.

He further revealed that authority had partnered with the Directorate of Criminal Investigation (DCI), the Independent Electoral and Boundaries Commission (IEBC), Department of Immigration Services and Ethics and Anti-Corruption Commission (EACC) to ensure those with fake academic papers are not allowed to use them in the country.

The training of the 124 youths was sponsored by AGOL Chairman  Mohamed Jaffer who promised to sponsor the construction of Technica Education Institute to provide technical skills for the labor market.

The AGOL chairman noted that Africa lacks technical expertise and had to outsource expatriates to fill the gap in the workforce.