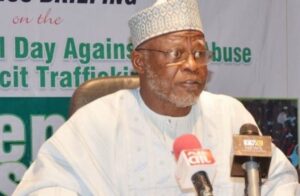 Single ladies in Nigeria will not be allowed to marry without taking drug tests.

Nigeria’s The National Drug Law Enforcement Agency (NDLEA) has proposed to carry out drug tests for the ladies.

Abdalla said drug tests may be included in premarital screenings due to the increase in the rate of drug addiction among girls and married women.

He revealed that the target of illicit trafficked drugs which hitherto used to be among the male youthful population was fast expanding to now include teenage girls, young women and old married women.

“As an extension of the proposed Drug Integrity Test Policy for the public servants, the agency is considering partnering with religious leaders to make drug testing a prerequisite for marriages in churches and mosques as the case for HIV/AIDS”, he said.

According to him, the essence of the event was to ensure that all seized illicit drugs were put out of circulation, adding that 19,234.58 kilograms of illicit substances including controlled prescription drugs, Cannabis Sativa, cocaine, and heroin were destroyed. 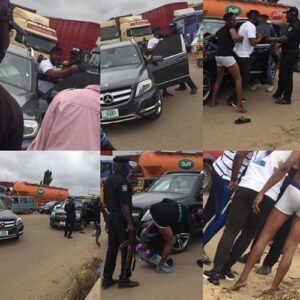 Elsewhere in Ogun State, there was drama after members of the Nigeria Police stripped some young men off their clothes in the middle of a busy road and labeled them ‘Yahoo Boys’ for driving Benz.

According to reports, the incident took place in the Idiroko area of Ogun State.

Online reports have it that the young men who drove in a Benz car were confronted by some members of the Nigeria police in the area after which they have labeled internet fraudsters and stripped off their clothes.

Meet Nkosana Makate, ‘Please Call Me’ Inventor Who Is Demanding 75B Compensation