Businessman Chris Kirubi kept so many secrets that have only been made public after his death leaving most Kenyans shocked.

Kirubi called many shots in the running of the country and some of the most critical decisions which have been made in the last decade.

Former Nairobi Deputy Governor Polycarp Igathe has become the first figure to spill the beans revealing that it was Kirubi who brokered his deal with former Governor Mike Mbuvi Sonko.

Speaking during the funeral service of the flamboyant businessman at the Faith Evangelistic Ministry church in Karen, Igathe also said that the long-term goal of Kirubi in designing the ticket was to have the city’s management revert to the national government.

“It is a good time that I also reveal to you what we did with Chris. It was his idea that Nairobi goes back to the national government,” he said.

“I was the one to execute the agenda,” he added.

This has left many Kenyans shocked. But it is not the only deal Kirubi pulled in shaping the country’s politics.

ODM leader Raila Odinga has also revealed that Kirubi played a very critical part in the formation of the grand coalition government with former President Mwai Kibaki after the disputed 2007 General elections.

“Among the two people who approached me to have dialogue was Chris Kirubi…the other one I cannot reveal,” Raila said.

Raila added that it was after the meeting with Kirubi that a meeting was organized between Kibaki and himself at Sagana which ended one of the worst bloodsheds in the country’s history.

“Arrangements were made for this meeting in Sagana, eventually an agreement was reached,” he said. 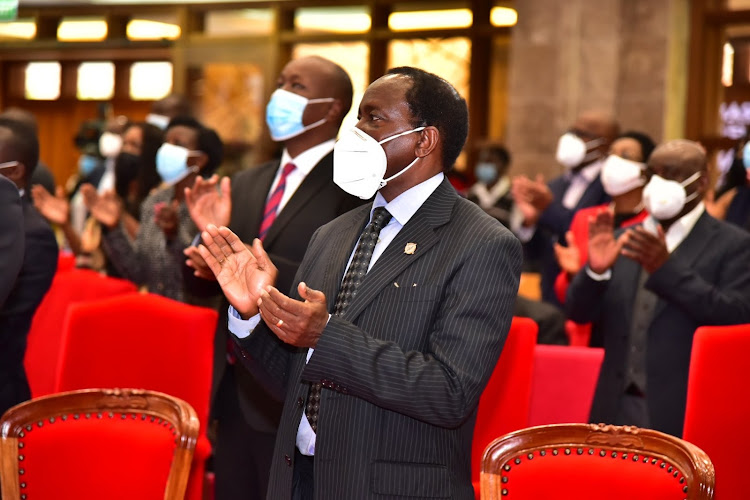 “He came to my house in 2008 with Peter Munga and the reason was simple, you have to act in a manner that will save our country.”

“That is how I become the 10th vice President of this country,” the Wiper leader added.

Rachel Ruto on her part has revealed that Kirubi was a born-again Christian. She has gone further that to reveal that he bankrolled her prayer caravan during the 2017 General election.

“He gave the whole money that was needed to fund the Uhuru park meeting. And it was in millions. He gave the entire amount. He was a giver,” she said.