Real Madrid captain Sergio Ramos is set to leave the club after 16 years of pure greatness in which he won 22 trophies.

Real Madrid said in a testament that there would be an “act of tribute and farewell” to Ramos on Thursday in the presence of club president Florentino Perez.

Ramos, 35, has struggled with injuries this season and has played just five times since the start of the year.

His 21 appearances for Real Madrid in all competitions is his lowest in 15 seasons playing for the club.

Ramos signed for Real from Sevilla in 2005 for 27 million euros at the time, a record fee for a Spanish defender. Making 671 appearances and scoring 101 goals, Ramos was made captain in 2015 after the departure of goalkeeper Iker Casillas.

He is one of the club’s most successful players ever, having won five La Liga titles, four Champions Leagues, and two Copas del Rey.

This season, Ramos has missed games after catching COVID-19 and also because of injuries.

He was in Madrid’s squad for the final game of the La Liga season against Villarreal but did not play.

According to Spanish media, Real and Ramos have not been able to find an agreement on a possible extension of his contract which will expire on June 30.

The club wanted to offer him a one-year deal with a 10 percent cut in salary in the wake of the COVID-19 pandemic, while Ramos wanted a two-season extension, according to reports. 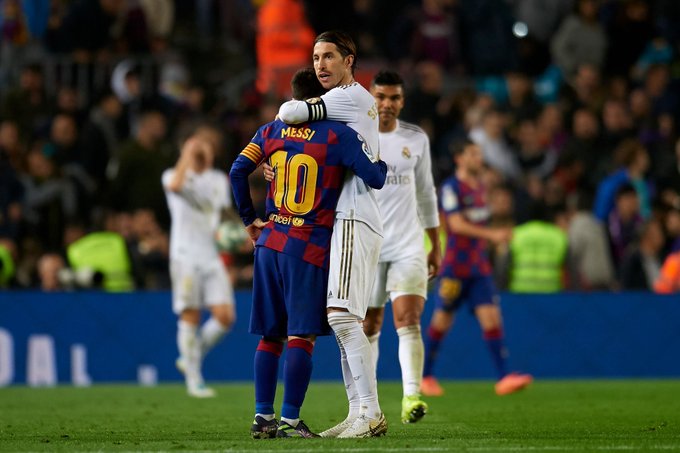 The veteran defender was also omitted from the Spain squad for the continuing Euro 2020.

The absence of Ramos meant there is not a single Madrid player in the Spain squad.

Ramos has been linked with top clubs in Europe including Manchester United who are seeking to strengthen their backline ahead of next season.

But Ramos has not announced his next move after his departure from Real Madrid.

Bomet Man Hangs Himself After Hacking Wife To Death