Rose Muhando: I stayed with an Abusive Church Elder for years. 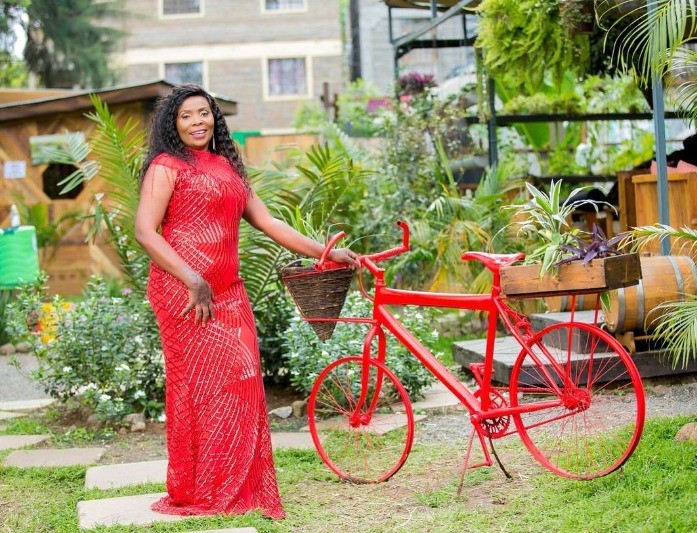 Rose Muhando has come out to share her marriage story and how she got tortured for years by a man who claimed to be a church elder.
The popular gospel artist Rose Muhando told Wasafi Radio that she was held hostage for several years, did not have a voice of her own, even freedom to speak out.
Listening to her, one would clearly say that the gospel singer suffered in silence.
The ‘Yesu Kiribu Kwangu’ hitmaker said, “I was in so much pain, and that is why so often I cried on stage while performing.”
Someone would say, crying during a live performance was the only way she could relieve her pain.
Speaking to Wasafi radio, Rose Muhando said, “I did not have a voice to report. The church elder whom I was married to could not let me speak to anyone.”
Rose Muhando continued, “For me to have my freedom, it cost me my blood. In the last days, I said I was ready to die. I told the person to do his worst.”
That is how it feels to reach your limit, where you can no longer take it.
Rose Muhando’s story is just one of story. Most people are held hostage in abusive marriages.
Just the other week in Kenya, Former Prime Minister Raila Odinga advised couples to part ways if things are not working.
You can now connect the dots. Maybe it was the abusive husband that made her sing with so much emotional attachment.

Rose Muhando said, “It reached a point I wasn’t eating, I didn’t even like where I was living, I cannot say the kind of torture I got and why they did that.”
The day I was doing ‘Utamu wa Yesu’ in 2010, “I was beaten by my husband; blood was all over the floor. My producer witnessed the entire scene. The challenges were too much for me to take,” Rose Muhando said.
Rose Muhando also said, “Sometimes my kids watched in pain as I got beaten.”
Rose Muhando recalled one painful incident. She said, “I was beaten and told to kneel on the ground. They pointed a gun on my head and told to my last prayers. I was asked for Tsh15 million, and they threatened to kill me if I reported.”
As she was going through all this suffering, some people were talking and spreading rumors.
She also narrated how she fell into depression, “I was depressed, and stayed for five months in the hospital.”

In her last words with Wasafi Radio, she thanked Kenyans for helping to settle her hospital bills.

I am not sick! Don’t believe the rumors! Rose Muhando