Okumu joins K.A.A Gent from the Swedish side IF Elfsborg in a deal believed to be worth 35 million Swedish kronor (Kshs. 439 million) and has signed a 4-year deal with the side.

Okumu becomes the third Kenyan player to sign for Gent after Robert Mambo in 2000 and John Muiruri in 2001.

The former Chemelil Sugar center-back has had an impressive season with Elfsborg and attracted reported interest, mainly from Lorient and Reims of France and Rangers FC, and Celtic of Scotland.

‘Crouch’, as the former Real Monarchs star is known, joined the Swedish side after participating in the Africa Cup of Nations with the Harambee Stars in 2019. 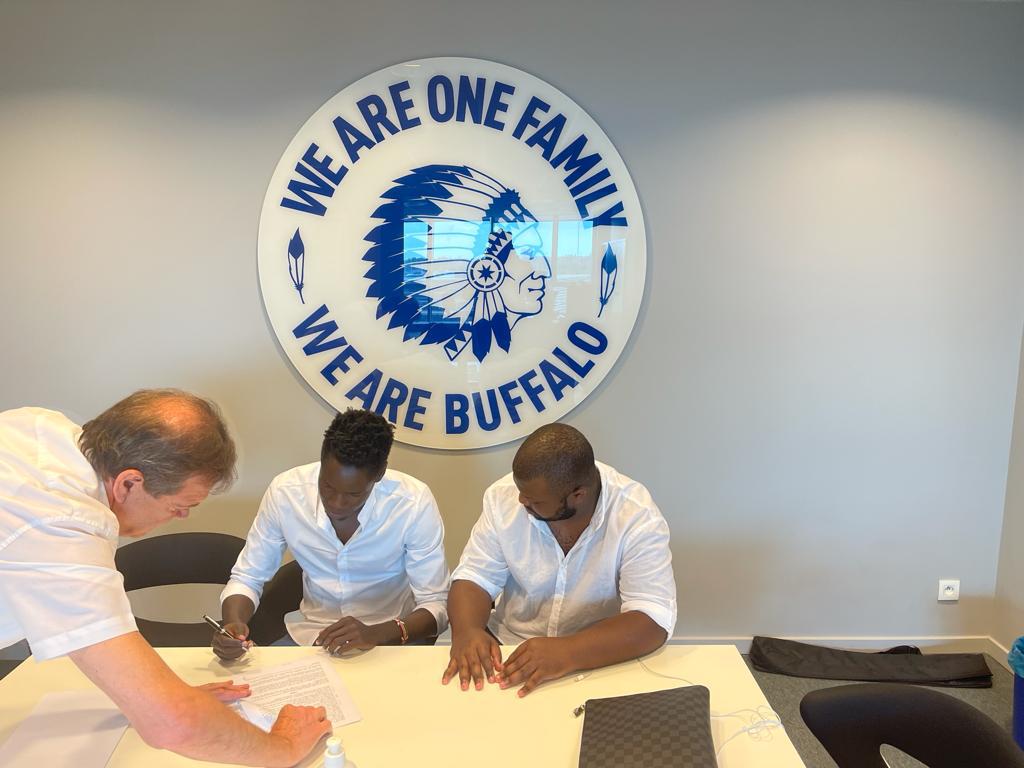 Although Kenya did not do well in the tournament, the center-back showed some brilliance, especially after filling the void that injuries created in the national team.

Since then, he has been an undroppable figure for the Harambee Stars, as he has also established himself as one of the key players at the club level.

Recently, Okumu stated he was ready for a new challenge away from Elfsborg.

“Yes, definitely [will take the next step]. The most important thing is that I have already made an impression here,” Okumu said.

“When I have done that, both I and the club are satisfied… I think we have the same interests here, so I will take the next step.”

After completing his secondary education at Kakamega High, where he featured in national tournaments alongside his Harambee Stars teammate, Eric Ouma, Okumu joined Chemelil Sugar before he secured a move to Free State Stars of South Africa.

From there, the towering defender joined AFC Ann Arbor and Real Monarchs in the United States before Elfsborg – his first European team – signed him two years ago.

Uhuru Allies Bitterly Disagree Whether He Should Popularize Jubilee In Mt. Kenya