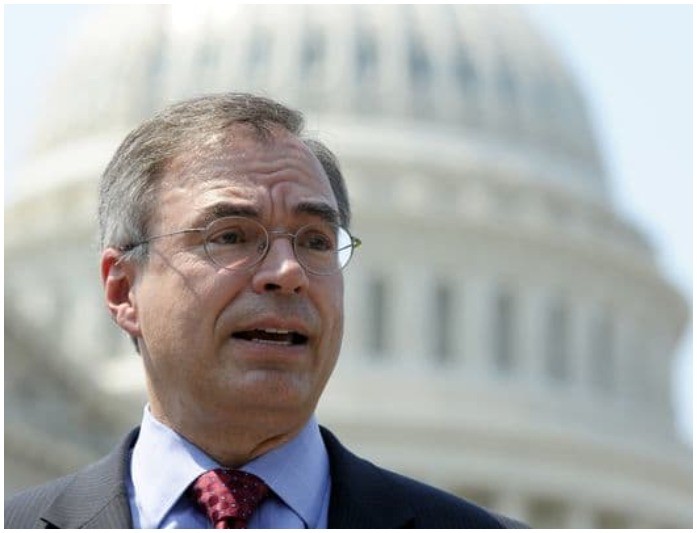 Republican House Representative Andy Harris of Maryland attempt to bring a concealed gun into the House chamber was thwarted security.

Harris was on January 21st denied entry into the Capitol building after setting off a metal detector near the entrance to House chamber.

After the alarm set off, Capitol Police checked the Republican lawmaker and discovered a gun concealed inside his coat.

Harris, who was in company of Rep. John Katko of New York, asked his colleague to take the gun so he could be granted access into the House chamber.

The Republican House Representative wanted to enter the chamber and vote on granting a waiver that would let retired Army General Lloyd Austin serve as President Joe Biden’s Defense Secretary.

Rep. John Katko refused to hold Harris’ gun, saying he had no license to carry firearm. Harris left the premises with his gun and returned minutes later without the firearm.

He was granted access into the House chamber after passing through the metal detectors without setting it off.

The decision to require members of Congress to walk through metal detectors came in the wake of January 6th insurrection at the Capitol building.

The new security measures at the Capital building has rattled Republicans, many GOP lawmakers view the measure as invasive. But several Democrats called them necessary as they increasingly view their colleagues across the aisle as security threats.

House Speaker Nancy Pelosi imposed new safety rules in the wake of the deadly siege at the Capitol building. Pelosi has threatened to fine members who refuse to go through the metal detectors or be scanned.

Andy Harris is not the only Republican who tried bringing his gun onto the House chamber. About two weeks ago Rep. Lauren Boebert bragged about her desire to carry her pistol into the Capitol.

Boebert had a standoff with Capitol Police on January 12th as she didn’t let them search her bag after she set off the security alarm.

Related: Republican Vows To Carry Firearm To The Congress