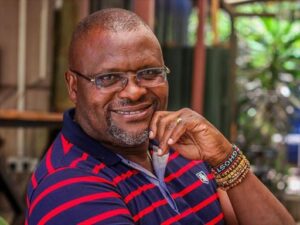 A report by Jalang’o who happened to be at the accident scene indicates that the personality’s vehicle was badly hit from the back by a matatu.

This is while ‘Ghost’ Mulee was waiting to make a turn to Brookside Drive, before his car was thrown into the city clock that then hit the side of his car. 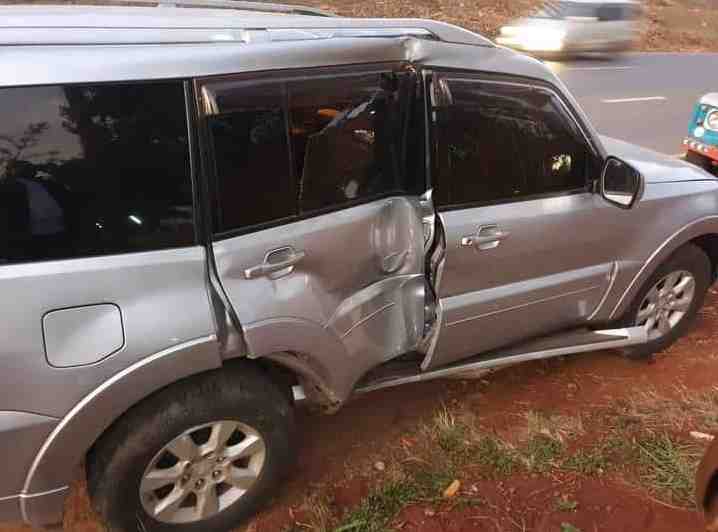 According to the comedian, it so happened that the road accident went down just as Jalang’o was making his way to Kiss FM only for a bike rider who was quickly rush after him, to break the sad news.

This forced Jalang’o to make a quick turn and return to the accident scene.

“I got there only to find Mulee’s vehicle is a complete write-off,” sadly remarked the MC. 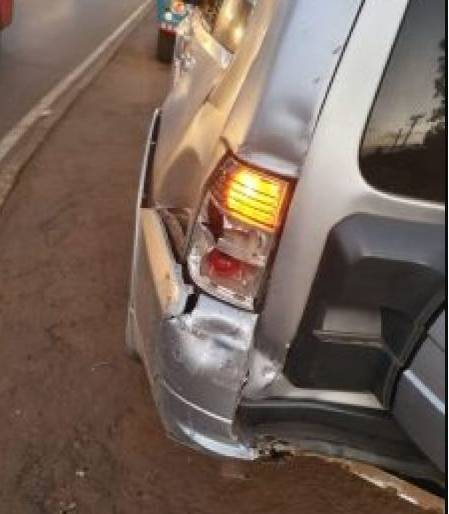 Kamene jumped in, recalling the hasty morning events stating: “So I was making the turn, and I was like, I know this car. I stopped and the place was already crowded. Mulee alighted from his damaged vehicle and I quickly asked whether he is okay.”

“And Mulee admitted he is not fine”.

Jalas rushed ‘Ghost’ Mulee to Aga Khan hospital where he is admitted and currently receiving treatment.

The two morning hosts seemed greatly pained by the morning incident, feeling irritated by careless drivers on the roads.