EntertainmentNews
May 1, 2021
By Lutta Njomo

According to Jemutai who is known to keep her life under the radar of the public scrutiny, they have two kids with Prof Hamo.

Jemutai decided to go public on their little secret on Instagram revealing to decorated tea master Edgar Obare that she has two kids with Prof Hamo but he never supports them at all.

This revelation came after contacting blogger Edgar Obare seeking his help to sell her Facebook account to raise some funds as she was financially unstable at the moment. 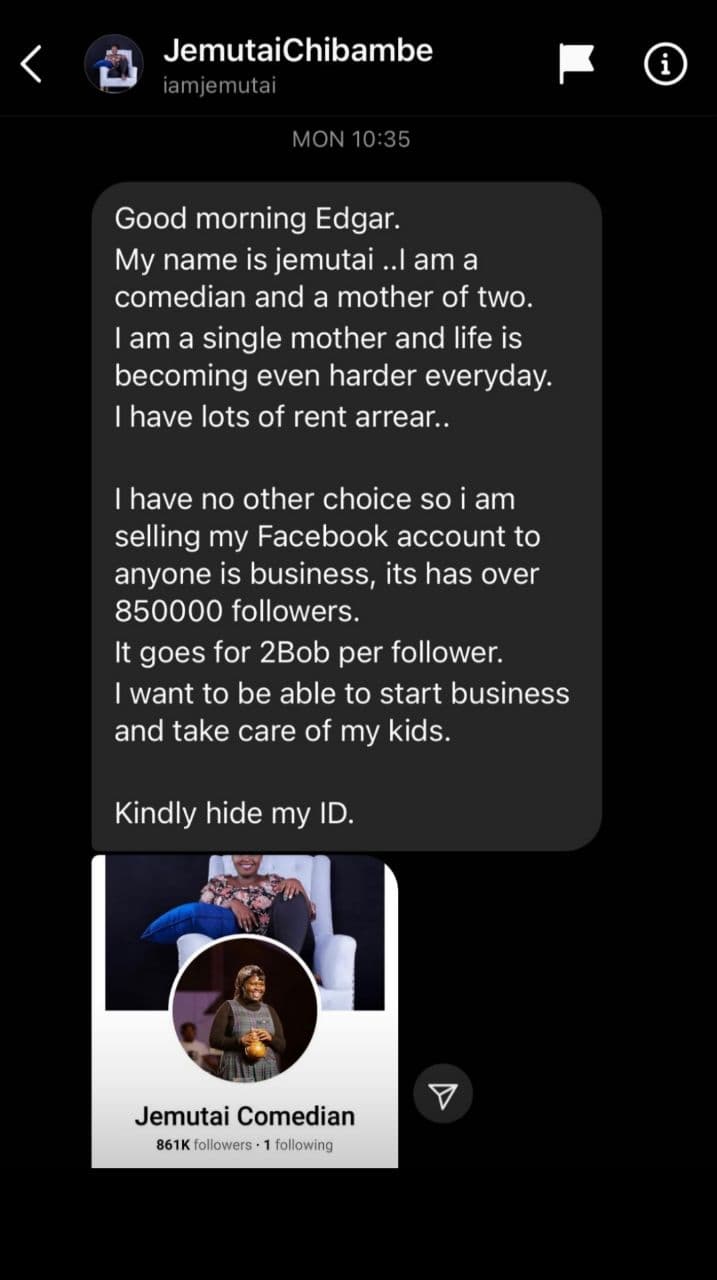 Edgar shared the information which prompted one of Jemutai’s friend to spill the beans. According to her friend, Jemutai has two kids she sired with Hamo. The friend went ahead to allege that Hamo is a deadbeat dad.

This forced Obare to inquire from Jemutai to establish the credibility of what her friend had suggested. Through a screenshot of their conversation, Jemutai confirms having two kids with Hamo. She goes ahead to allege that Hamo does not support them at all. 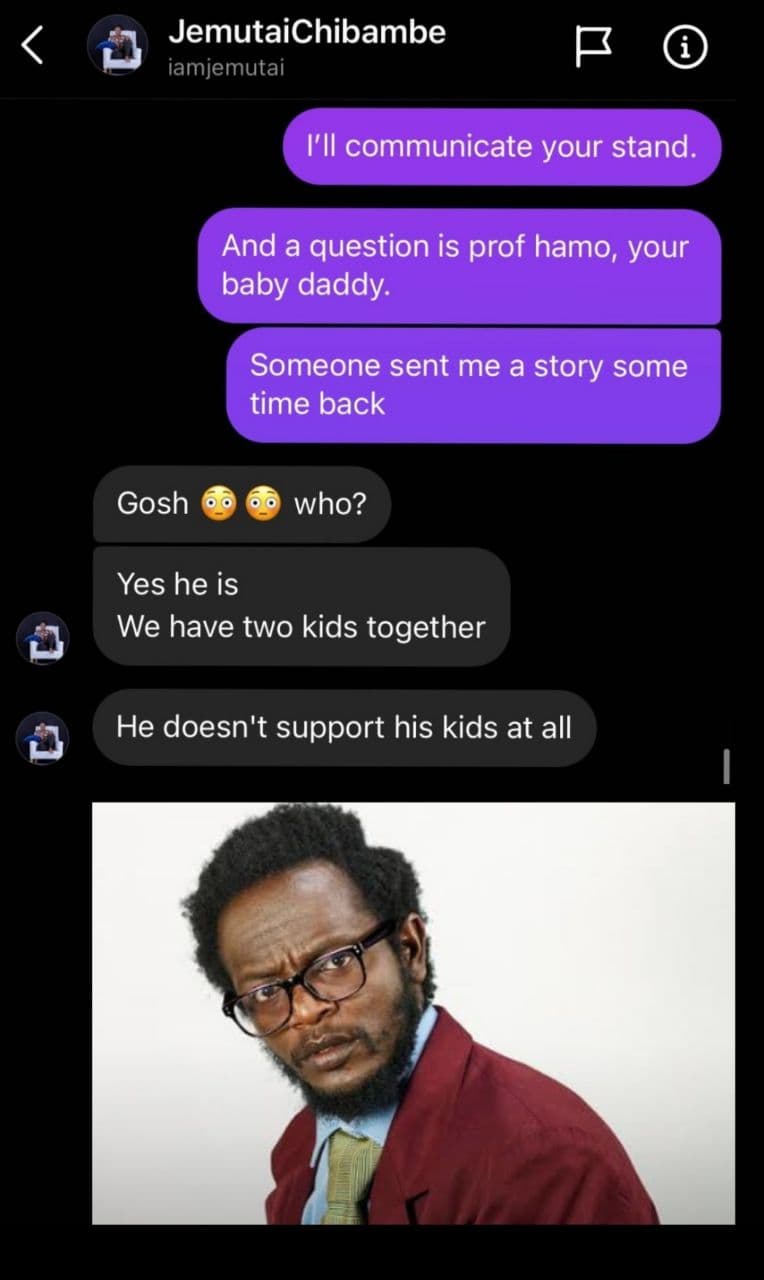 In a follow-up audio clip that was sent to Obare on Friday afternoon, Jemutai explains the genesis and journey of her complicated relationship with Prof Hamo which began in 2015.

She says the two met while on the job at Churchill Show and the two began a friendship that slowly progressed into an affair despite the fact that Hamo already had a wife and family in Nakuru.

Their relationship which was secret at the time went on until they got two kids together which have kept a secret for a while now. But her financial status has pushed her to come out and reveal what has shocked the entire entertainment industry.

Prof Hamo, via his Instagram page, just wrote no comment in a picture of him rearing a cow.