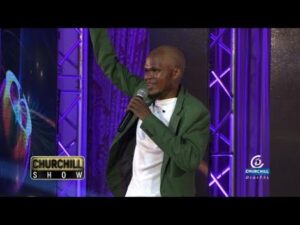 The comedian is known for satirizing Luo characters and whose real names are Ben Maurice Onyango alias Othuol Othuol died on Sunday, October 11, after a long illness.

The news of his death was confirmed by Churchill Show comedian Zainabu Zeddy who took to her who posted “RIP Othuol” on her Facebook page.

Othuol was hospitalized at Kenyatta National Hospital (KNH) after he collapsed at his home in June.

The comedian was also suffering from Tuberculosis according to family sources.

According to Ken Waundo, who is Churchill Show manager, the comedian was first rushed to Kitengela Hospital before being taken to KNH. 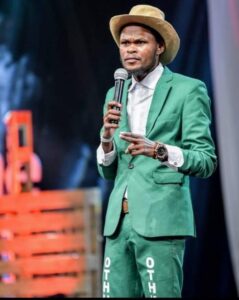 ”Morning, quite a disturbing trend I may say, one of the leading comedians in this country Othuol Othuol has been unwell on and off for sometime now.

So yesterday morning he apparently fainted and was rushed to Kitengela Hospital and after scrutiny and diagnosis they referred him to Kenyatta National Hospital,” Mr Waundo posted on Facebook then.

The comedian is among several artistes in the country who received Sh10,000 to cushion them from the effects of the Coronavirus pandemic.

The popular Churchill Show has been losing Artists through mysterious deaths in the past two years, with many observers citing acute depression caused by high social expectations as one of the main causes.