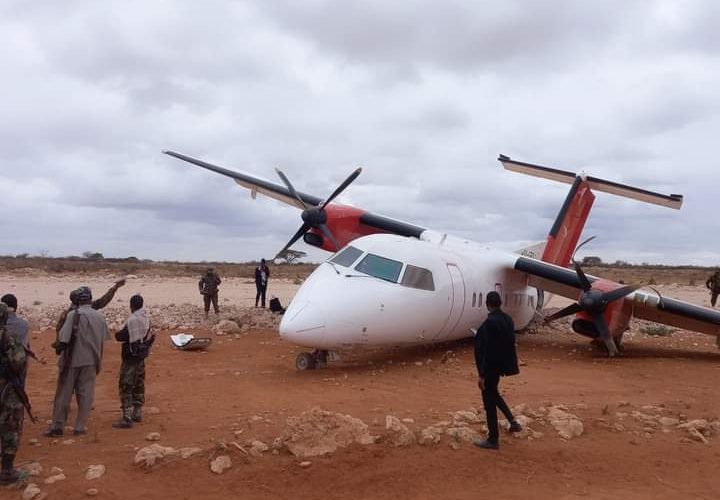 At least 41 people are lucky to be alive after a plane that was ferrying them from Nairobi crash-landed earlier on Wednesday.

The plane was heading to Elwak in Mandera county from Wilson airport in Nairobi when the accident happened and was carrying 37 passengers, two pilots and two crew members.

Reports say that the plane experienced a mechanical problem when it was about to land at the military camp in Boru Hache however further investigations would be carried out to determine the real cause of the accident.

Some of the survivors said that they escaped with minor injuries however the Mandera county commissioner Onesmus Chata who confirmed the incident said that there were no serious injuries caused by the accident.

Photos taken from the scene of the accident show that the plane landed on its belly and was damaged.

This comes a month after a military helicopter crashed in Ngong’ area, Kajiado county during a training mission. 17 soldiers perished during the incident. According to the police there were 23 soldiers on board. 6 of them were seriously injured and were transferred to Nairobi for specialized treatment.