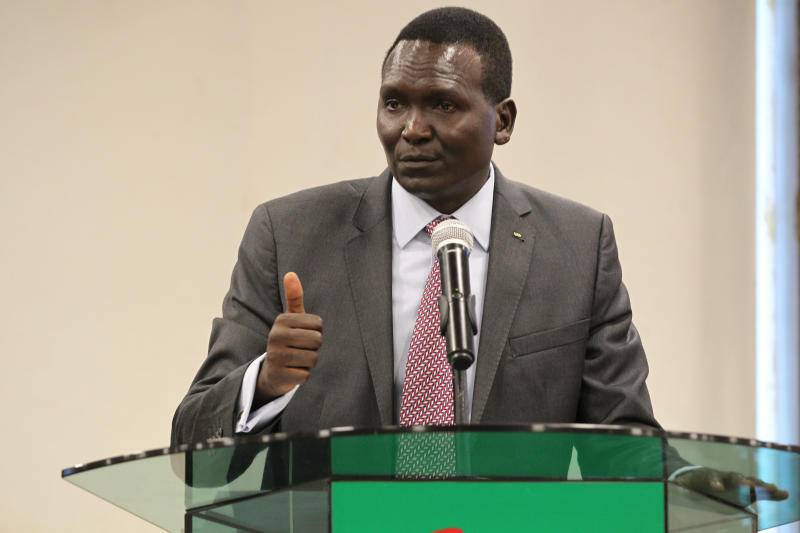 Kenya’s legendary marathoner Paul Tergat will continue to serve in the International Olympic Committee (IOC) for the second term.

The 52 year old was first elected to the committee in 2013 and his term had come to an end but following Wednesday congress meeting in Tokyo, Japan, Tergat will serve for another 8 years in the same position.

Other members in the committee are Octavian Morariu from Romania, Bernard Rajzaman from Brazil, Mikaela Cojuangco from Philippines and Dagmawit Girmay who comes from Ethiopia.

Aside from that, Tergat will also serve as a member of the IOC Tokyo games disciplinary commission after an appointment by IOC’s president Thomas Bach.

Tergat acknowledged the appointment and thanked Bach for the opportunity while expressing his delight to provide his services.

“I give my assurance of willingness and readiness to discharge the assigned responsibility with diligence, integrity, without fear or favor for the benefit of the desired goals and objectives of the disciplinary committee,” Tergat said.

He further said that that was a great honor to him as well as his country Kenya.

“It is a great honor for me, but most importantly for my country Kenya, represented here by our gallant Team Kenya,” he said.

More than 40 Kenyans are in Tokyo to participate in the world’s athletics championship that will commence on Friday 23rd July 2021 and end in 8th August 2021 after being postponed for a period of one year due to the corona virus pandemic.