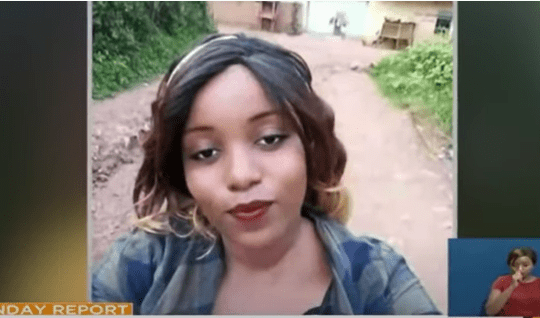 The Independent Policing Oversight Authority (IPOA) has begun investigating the death of a woman in downtown Nairobi.

Jackeline Mugure Maina, 30, was reportedly shot and killed by a police officer stationed at Kamukunji Police Station who was chasing a robber feeling on foot.

Even as the investigations continue, the family of the deceased has raised concerns about the police officers covering up the shooting incident.

The deceased family arrived at the City Mortuary early Monday to witnesses the post mortem examination of their kin who was accidentally hit by a stray bullet while heading home in a tuk-tuk.

Ken Ngugi, the deceased husband, who is yet to come to terms with the tragic incident said there was a plot by police officers to cover up for their colleagues who were involved in the shooting hurt even more.

The police report noted that the deceased was allegedly stabbed by the robber who was being pursued by th officers.

However, according to the autopsy report, the deceased died of exsanguination after a bullet exited her neck. The bullet is said to have been recovered from her scapular and it will be used in the investigations.

The shooting incident has yet again raised questions on the training of security forces on the handling of their firearms in crowded areas.

Back in March last year, a shooting incident at Kiamaiko estate, Nairobi left a 13-year-old boy dead after the police shot him while on a third-floor balcony.