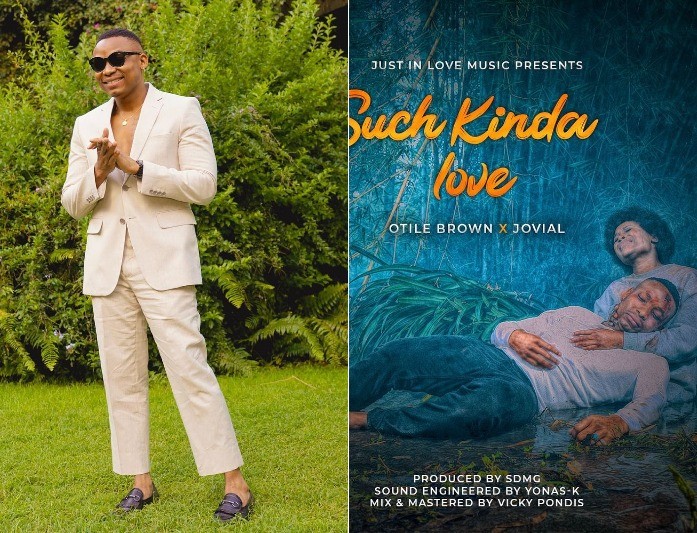 Lillian Muli will not be able to sleep tonight after the most celebrated Kenyan artist Otile Brown did this, ‘such kinda love.’

Yesterday Otile Brown shared a clip of the behind the scene videos as he, Jovial, and their team were working on the just-released hit song, ‘such kinda love.’

For the lovers of Music and for one person who publicly admitted to having a crush on Otile Brown, Lilian Muli’s night will certainly be the longest.

In a Question and Answer session on social media, Lilian Muli allegedly admitted that she had a soft spot for Otile Brown, whose real name is Jacob Obunga.

Lilian went on to name some of Otile’s best hits that she can never do without, including the most watch song ‘Dusuma.’

How did the Citizen TV news anchor get herself in the spotlight? The answer to this question is simple when a lady has a crush on a man; it does not matter whether they are married or not; they will always talk about it.

Otile Brown is one of the many Kenyan artists who have embraced the idea of doing collabos with other artists, making him the most admired artist in Kenya and other countries.

Otile Brown’s hit songs ‘Dusuma,’ and ‘Chaguo la Moyo,’ are some of the most-watched YouTube videos in Kenya.

Otile has done songs with several musicians from with and outside Kenya.
He has done collabos with Tanzanian Alikiba.

He has also had a chance to work with King Kaka, Mejja, Prezzo, Reekado Banks, and East African best rapper the OG Khaligraph Jones. The list is endless.

One of his best hit songs is ‘Dusuma’ featuring Meddy. The song has over 26 million views on YouTube.

Here, listen to Otile featuring Jovial ‘Such Kinda Love.’ and leave a comment.

Which other artist do you want Otile Brown to work with?

RELATED STORY: Lilian Muli Reveals That She Has Big Crush On Otile Brown