Mikel Arteta To Be Sacked Before Christmas, Mauricio Pochettino Set To Replace Him 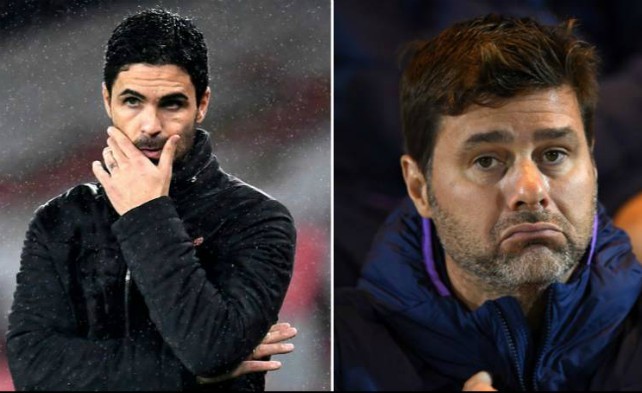 Arsenal manager Mikel Arteta is likely to be sacked before the end of the season, according to Ladbrokes.

The bookmakers have reportedly given an offer odds of just 3/1 to that Arteta could be sent home by Arsenal before Christmas after yesterday’s shocking 1-0 defeat at home to Burney.

The Sunday match made it four defeats in a row for Arsenal – the club’s worst run since 1951.

You sure couldn’t blame the Arsenal board for thinking about replacing Arteta at this stage of the season, with the Gunners playing dire football as they struggle in front of goal this season.

At the moment, however, Arsenal is nearing the relegation zone and it is unsurprising that  Arteta is likely to lose his job at any point this season.

Ladbrokes view former Tottenham Hotspurs boss, Mauricio Pochettino as a potential replacement, though the Argentine seems to be considered an outsider for the job, with odds of 16/1 that he replaces the inexperienced Spanish international.

“Pochettino is no stranger to North London and there’s an outside chance he makes the most controversial managerial move in Premier League history,” Alex Apati of Ladbrokes said.

“It looks like it could soon be curtains for Arteta, with Arsenal struggling to get going this season he seems almost certain to pay the price” he added.