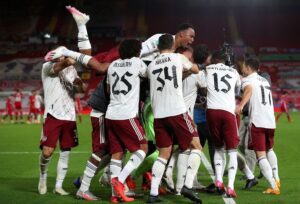 Arsenal boss Mikel Arteta has given an update on the Gunners’ transfer plans for the rest of the window, saying the club is unlikely to bring in another goalkeeper after the signing of Runar Alex Runarsson. Arsenal had been linked with a move for Brentford’s David Raya, but have been unable to agree on a deal with the Championship side.

Arsenal has had a successful transfer window so far, and are expected to make another late bid to sign Houssem Aouar before Monday’s deadline.

The Lyon midfielder will likely be their final signing of the window and will set the Gunners back at least £35million.

Arteta had been keen to sign a new goalkeeper before Monday’s deadline, having sold backup keeper Emiliano Martinez to Aston Villa.

Brentford was adamant that they would only let Raya leave if they were able to loan him back for the season, however, and rejected bids up to £10m.

Speaking after Arsenal beat Liverpool in the Carabao Cup on Thursday night Arteta hinted that he has filled the backup goalkeeper position and that he won’t be signing anyone else for the position.

He said: “When Emi left, we were looking for a second goalkeeper. 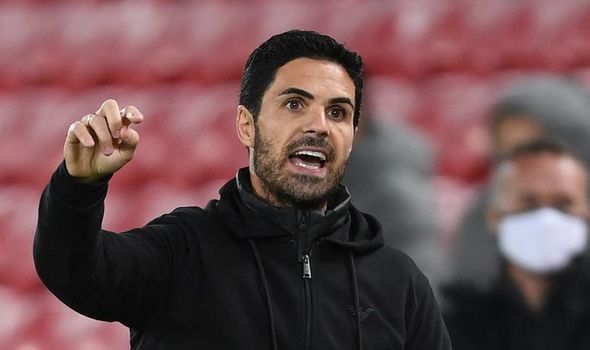 Arsenal chiefs are currently negotiating with Lyon representatives over a fee, and are expected to enter a new bid imminently after seeing their other bids rejected.

They appear to have given up on their other target, however, after seeing their bids for Raya rejected.

“We were in the market and it took a little bit longer than expected to get that position filled in,

“Alex came in and has only been with us a week and had a small issue as well.

“Again, in time things will evolve and Alex will be more comfortable here and they will both play.”

Runarsson is still yet to play for Arsenal since his arrival, but Arteta insisted he isn’t going to rely too heavily on Bernd Leno going forward.