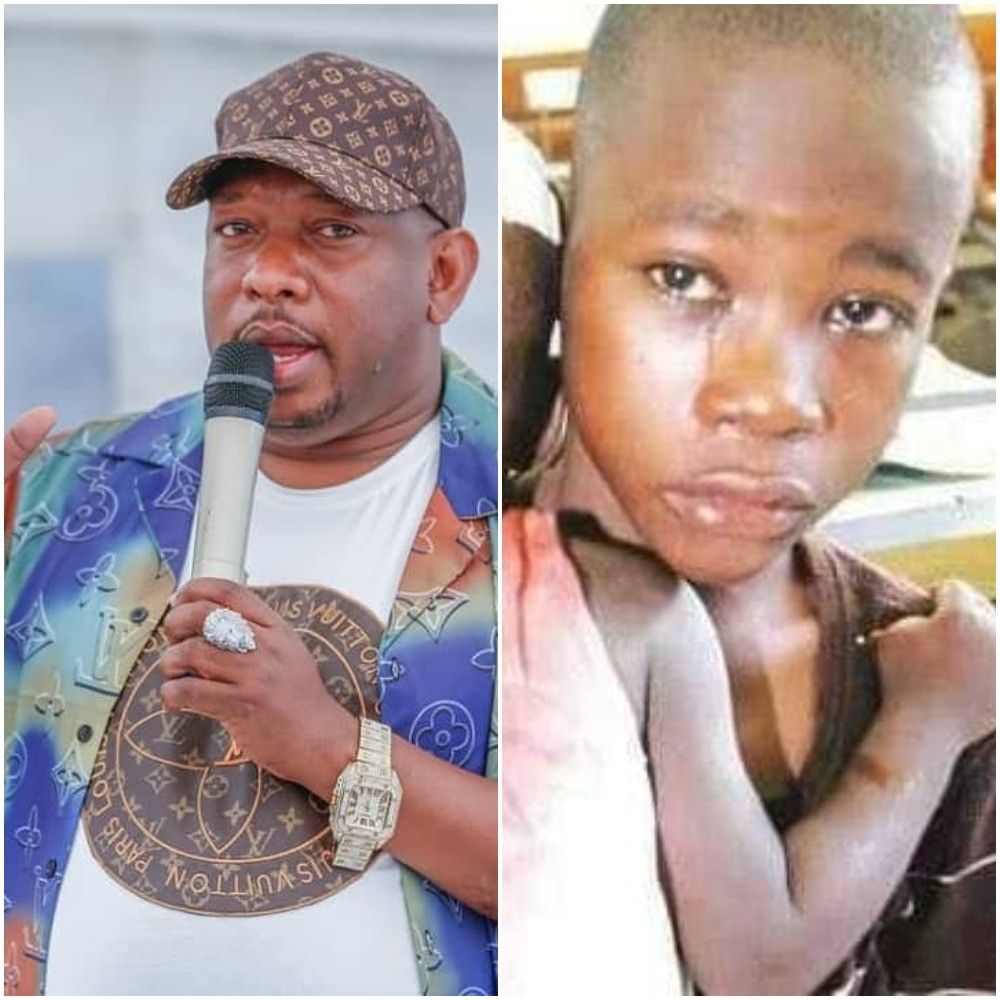 The Former Nairobi Governor Mike Sonko was among the many parents this year who publicly celebrated the children’s excellent performance in the 2020 KCSE examination.

The story of Gift Osinya and his younger brother first aired on TV on 23 of March 2014 after they survived a terrorist attack at a church in Likoni, Mombasa country.

The two lost their mother in the attack, where several other worshippers also lost their lives.

Gift’s younger brother Satrine Osinya was left with a bullet in his head but still managed to survive.

The bullet was later removed by a team of six doctors at the Kenyatta National Hospital. Sonko cleared the medical bill.

Former Nairobi Governor Mike Sonko adopted the two and has lived with them since then.
Mike Sonko admitted that the family expected Gift to score a straight-A.

“Even though as a family we were expecting an A from him, we thank God for his good grades that now guarantee him a place in one of the public universities where he can pursue the career of his dreams,” Sonko said.

Gift, a former student at Lenana School, scored a mean grade of B- in the 2020 Kenya Certificate Secondary Education.

Gift Osinya has never disappointed his adopted parents. In 2016 KCPE, he scored 399 marks out of a possible 500.

“Today my family and I are overwhelmed with joy as we celebrate the KCSE results of our beloved son Gift Osinya,” Sonko said.

Mike Sonko is a man who many Kenyans love because of his good deeds over the years.

At first, some people thought he was doing everything to ensure he stayed relevant in politics, but Mike Sonko has proved everyone wrong.

The former Nairobi governor has continued with his good deeds campaign.

The man Mike Sonko has been a blessing to many Kenyans from all walks of life.

Sonko said, “Gift and his younger brother have been a blessing to him and his entire family.”

“On behalf of my family especially my beloved wife Primrose, I wish to thank you all for the continued support and prayers,” he added.