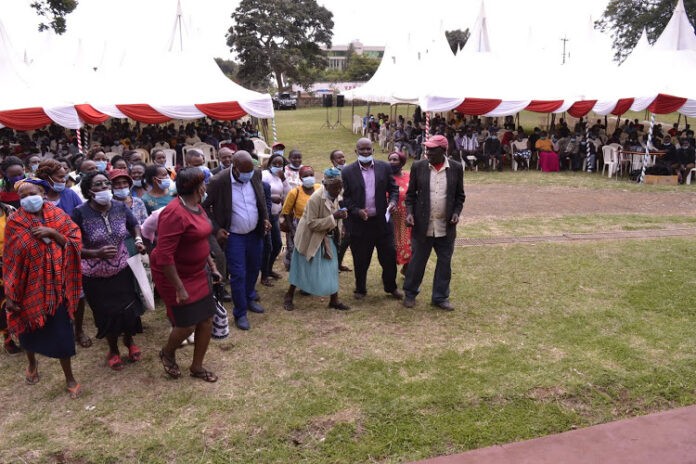 A section of Kirinyaga MCAs has criticized a move by MPs-allied to President Kenyatta to endorse Senator Charles Kibiru to lead BBI campaigns in the Mt.Kenya region.

According to the MCAs, the campaign is set to fail with Kibiru as the leader for he suffered from ‘popularity deficiency’ coupled with ‘lack of political charm and clout’ to woo the region.

Senator Kibiru was chosen by the region’s leader to chair a five-member team that will spearhead the BBI campaigns. Kibiru will be aided by Igember North’s Maoka Maore.

Others expected to popularize the initiative in the region include Embu Woman Representative Jane Wanjuki (secretary), Limuru MP  Peter Mwathi (organizing secretary ), and Kigumo MP Ruth Mwaniki as his assistant.

“Ever since some leaders were elected in office, they took off! They don’t bother getting back to the ground to check how their subjects are doing to the point that wananchi don’t know them,” Murango said.

“I think due to reasons of the senator being an independent candidate, I didn’t meet him during the 2017 jubilee primaries and the campaign period.”

Baragwi MCA David Mathenge noted that Kibiru’s position in the team was too big because he lacks charisma and has at no point drummed up support for the initiative in his own county.

While Mukuuer MCA, Elisha Mwangi noted that BBIn should not be forced down the throats of the people the Mt. Kenya.

He, however, urged the senator and his team to oversee the publishing of copies of the document to be distributed to Kenyans saying that would help them make informed decisions before the team starts campaigns in the region.

Kibiru and his team are scheduled to reach out to opinion leaders at the grassroots level who will help in educating the masses about its contents.

Related: Waiguru Sends A Message To Uhuru on BBI