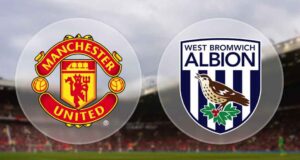 Manchester United return to Premier League action hoping to pick off where they left off as they host West Brom at Old Trafford.

United faced Everton in their last game before the international break, with Ole Gunnar  under heavy pressure following a poor run of form.

The Red Devils went a goal down at Goodison Park, but fought back to win  3-1 and potentially save Solskjaer’s job in the process.

But the problem with this United side is consistency: getting results against struggles sides like Slaven Bilic’s West Brom has been a big problem and this game could be more tricky than it looks on paper

This is exactly the sort of game you’d expect United to struggle in – especially if Solskjaer deploys two holding midfielders and West Brom sit deep. Still, the hosts’ pressure should tell, and it’s no surprise to see United collect three points – possibly off another Bruno Fernandes penalty.

Manchester United are optimistic that Marcus Rashford will be fit to return from a shoulder injury.

Alex Telles could be available, but Victor Lindelof’s ongoing back problem and Mason Greenwood’s recent illness puts their involvement in doubt.

West Brom had a number of unnamed squad members test positive for coronavirus during the international break.

However, Branislav Ivanovic, Matheus Pereira and Callum Robinson can play after completing their self-isolation. 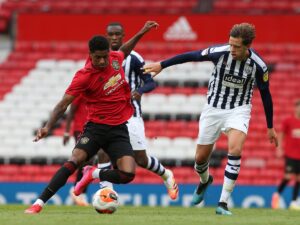