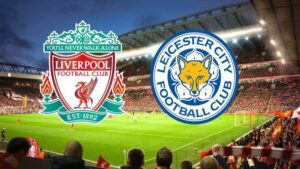 Liverpool will look to successfully juggle a horror injury list when Leicester come to town this evening.

Most of Jurgen Klopp’s defence is sidelined, along with understudy Rhys Williams, ahead of facing one of the league’s best strikers in Jamie Vardy.

Brendan Rodgers will know his team are capable of getting one over on his former employers and make a title statement in the process.

Liverpool are suffering one almighty injury crisis. Their patchwork defence is likely to have Vardy licking his lips, but there’s still the champions’ firepower upfront.

I expect a cagey game, ending all square.

Liverpool captain Jordan Henderson is out because of the groin injury he sustained on international duty, while Mohamed Salah is self-isolating after testing positive for coronavirus. 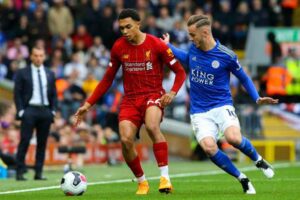