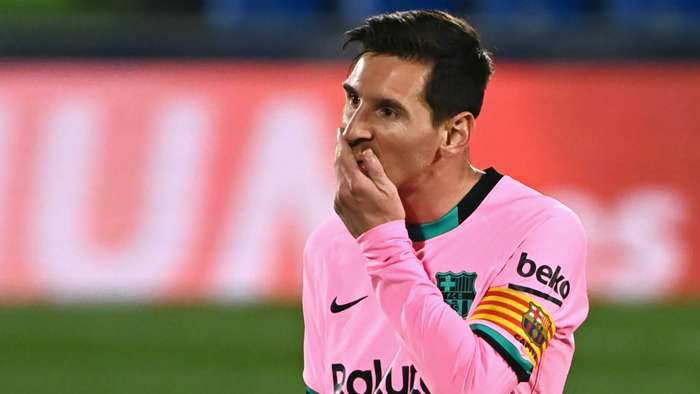 Lionel Messi has been forced to kiss goodbye to his $2.8 million/Ksh 301 million weekly salary.

Messi is facing a serious predicament, Barcelona is no longer willing to pay him the handsome salary and no other European club can possibly sign him.

The Argentine forward became a free agent when his contract with the Catalan club expired on June 30th this year.

Barcelona has indicated that they will not offer Messi a new deal, at least not with the same terms and conditions that guarantee him a Ksh 301 million weekly salary.

The Catalan club is unable to pay Messi the fat salary because of the prevailing financial situation occasioned by Covid-19 pandemic.

The 34-year-old has been keen to remain in Barcelona, but club can’t offer him a new deal due to their financial predicament.

Messi can only remain in Camp Nou under two conditions; if Barcelona offloads more players so as to afford to pay Messi Ksh 301 weekly salary (which is hard to happen) or if Messi agrees to a massive pay cut.

Barcelona is the only football club that Messi has ever played for, no wonder he is still hesitant to leave the Catalan club.

Messi signed for Barca at age 13 when he was offered the chance to train at club’s youth academy La Masia and have his medical bills covered by the team.

By the age of 16, Messi made his first appearance for Barcelona and has been the club’s all time top scorer.

UEFA Financial Fair Play Regulations (FFP) further complicates Messi’s exit matrix. No European club can sign him and pay him as much as he wants.

FFP was established to prevent professional football clubs spending more than they earn in the pursuit of success and in doing so getting into financial problems which might threaten their long-term survival.

A handful of European clubs like Manchester City and Paris Saint-Germain expressed interest to sign Messi and pay him as much as he wants, but FFP stops them.

La Liga president Javier Tebas recently said that the only way Manchester City can sign the 34-year-old Argentine was through ‘financial doping’.

At the moment, Messi has only two options – forgo the Ksh 301 million weekly salary and remain playing football in Europe, or move to China and earn more in salary.