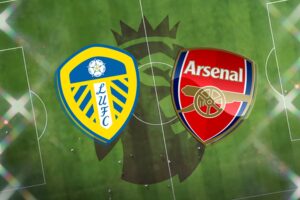 - Advertisement -
Leeds and Arsenal meet in the Premier League this afternoon, both looking to make amends for humbling losses suffered before the international break.

Leeds conceded four at Crystal Palace – which not many can say – before Aston Villa put three past the Gunners in one of Arteta’s worst games in charge.

Another defeat on Sunday will see the chorus of Arteta doubters grow, and he is up against one of the most experienced managers in the game in Marcelo Bielsa.

Mikel Arteta will be desperate to make amends for the loss to Aston Villa, but he’s unlikely to get much help from Bielsa.

Leeds United midfielder Kalvin Phillips is available again following a month out with a shoulder problem.

Rodrigo could also feature after recovering from Covid-19 but Pablo Hernandez, Jamie Shackleton and Diego Llorente are unavailable.

Arsenal will be without Sead Kolasinac and Mohamed Elneny after their positive coronavirus tests on international duty.

Thomas Partey is unavailable because of a thigh injury.