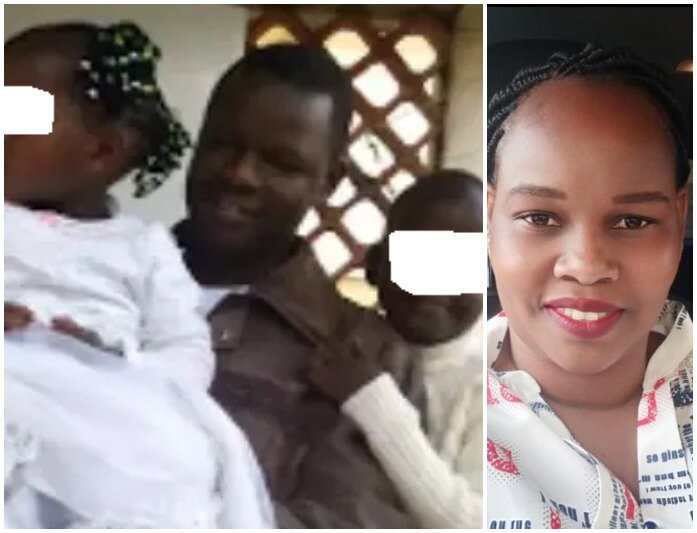 Caroline Kangogo’s estranged husband Richard Ng’eno has finally come out to speak on claims she made in her suicide note.

The late Kangogo was briefly married to Richard Ng’eno who is the scroll commandant in charge of Marine Unit at the Kenya Coast Guard.

The killer policewoman has two children with her husband, aged 8 and 11. The two however separated after their marriage hit rock bottom.

Kangogo had uneasy relationship with her husband Ng’eno, before she died she sent him a chilling message warning him that he will suffer the same fate as her two victims.

In her suicide note, Kangogo also confessed that she was in Mombasa on a mission to kill Ng’eno but she spared his life for the sake of their children.

Ng’eno has since come out to speak on Kangogo’s death. He talked to a local daily in response to allegations raised against him by the late cop through her suicide note.

Kangogo claimed through her suicide note that she slipped into depression caused by people close to her, including her estranged husband Ng’eno.

The late cop in her alleged suicide note said her marriage to Ng’eno was rocked by turbulence, which eventually caused it to hit rock bottom.

According to the suicide note, Kangogo said it was marital-related frustrations that pushed her to precarious levels of mental state.

Ng’eno didn’t not immediately addressed Kangogo’s allegations raised about him in her suicide note, he asked to be allowed time to process the happenings of the past two weeks.

The Kenya Coast Guard commandant however said that his children are devastated by their mother’s death.

“The kids are safe, but devastated .Let allow them go through it (mourning) peacefully, please,” Richard Ng’eno.