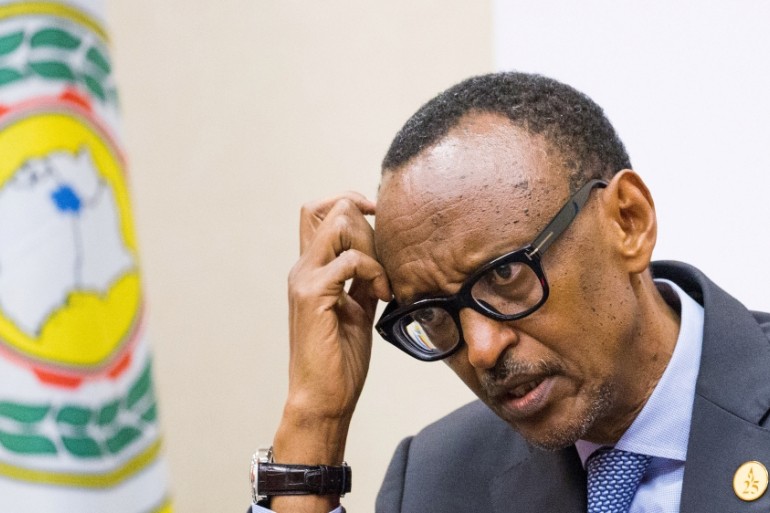 President Paul Kagame has pulled a similar move like his Ugandan counterpart Museveni to totally lock down Rwanda as Covid-19 cases spiral out of control.

People will be locked in their houses like caged animals as the new containment measures by the Rwandan government comes into effect.

Rwanda’s capital Kigali alongside other 8 district have been placed under total lock down as the country battles a new Covid-19 wave.

The new measures that have been announced to help in curbing the spread of the disease will take effect as from this Saturday  to 26th July 2021. There has been an increase in the spread of the virus within the country as well as the number of deaths.

According to the new measures, people will be forced to stay in their homes and only go out for essentials.

The numbers of people attending burial ceremonies has been limited to 15. Furthermore business, entertainment joints, public works, transport sector and schools have been closed down.

The new directives further indicated that only essential service providers will be allowed to go out of their homes.

During the last four weeks, the country has recorded 1000 people contracting Covid daily and the situation has worsened in the last seven days.

Health officials say that the spread of the third wave of the new delta virus is what has put the country in the current situation.

By Wednesday the country had a total of 14,553 active Covid cases. The number of deaths was 607. The country’s positivity rate stands at 17.5 which is the highest since the first case of the disease was reported in the country.

A statement that was released  after a cabinet meeting  that was chaired by president paul kagame satated tha,  “Given the rapid spike in Covid-19 cases, the emergence of new variants and increase of Covid-19-related deaths, the government has decided to further tighten the existing control measures.”