Hundreds of pyres burning in India due to COVID-19 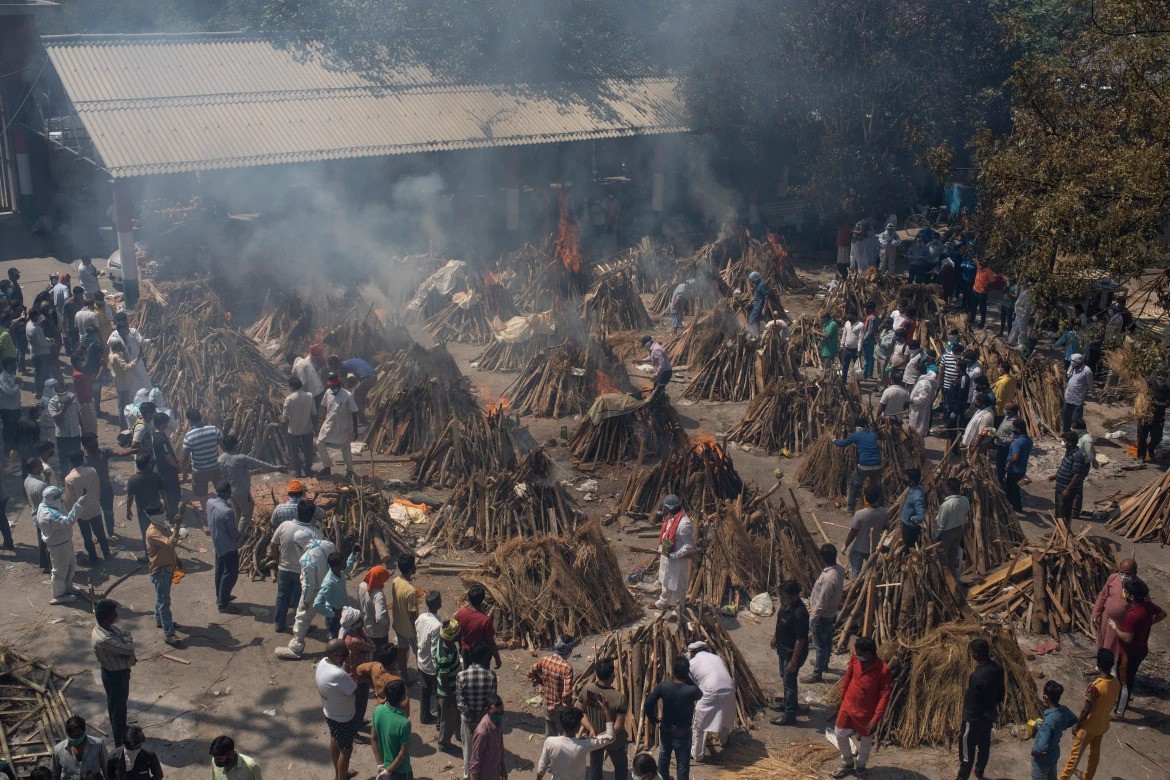 The COVID-19 cases are getting worse by the minute and after and causing a crisis every other hour in India.

At the moment, India has multiple funeral pyres of those who died of COVID-19 burn at a ground specifically converted into a crematorium for mass cremation in New Delhi.

New Delhi City is burning a lot of bodies so much so that the authorities are receiving requests to start cutting down trees in city parks just to have enough firewood to cremate the dead with.

New Delhi city currently has the highest number of daily cases in India which has seen ambulances wait in line to cremate the dead.

The record-high surge of COVID-19 has collapsed India’s healthcare system, there are literally no more spaces left for hospitals to take in any new case of the pandemic COVID-19.

There’s a lack of oxygen, lack of beds in the hospitals which has in a ripple effect has caused a lot of COVID-19 related deaths at an alarming rate.

The nation of nearly 1.4 billion people set a global record of new daily infections for a fifth straight day on Monday. The 352,991 new cases pushed India’s total past 17 million, behind only the United States.

One woman mourned the death of her younger brother, aged 50. He was turned away by two hospitals and died waiting to be seen at a third, gasping for air as his oxygen tank ran out and no replacements were to be had.

Deaths rose by 2,812 in the past 24 hours, bringing total fatalities to 195,123, the health ministry said, though the number is believed to be a vast undercount.

The head gravedigger at New Delhi’s largest Muslim cemetery, where 1,000 people have been buried during the pandemic, said more bodies are arriving now than last year.

In the central city of Bhopal, some crematoriums have increased their capacity from dozens of pyres to more than 50. Yet there are still hours-long waits.

At the city’s Bhadbhada Vishram Ghat crematorium, workers said they cremated more than 110 people on Saturday, even as government figures in the city of 1.8 million put the total number of virus deaths at just 10.

“The virus is swallowing our city’s people like a monster,” said Mamtesh Sharma, an official at the site.

RELATED STORY: Senator Wako Opens Up On His Near-Death Battle With Covid-19

Kidnappers Kill 5 Students In Nigeria, Threaten To Kill The Rest If Not Paid Ransom