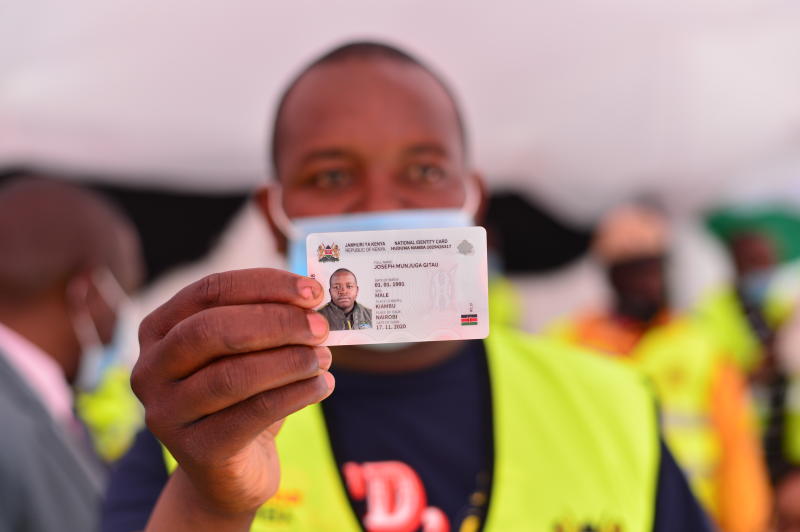 The fate of Huduma Namba lies in the hands of the bicameral Parliament which unfortunately has been caught up in a nasty internal fight.

The two Houses of Parliament are busy fighting each other as court order that was meant to rescue Huduma Namba is set to expire.

The court declared the statutes that the National Assembly passed without consensus from the Senate as illegal, but gave time to regularize failure to which Huduma Namba will be declared illegal.

The new national identification system is about to become useless in a week after Parliament failed to rescue the law on which it is anchored as well as 22 other controversial statutes which the courts had directed be regularized.

The High Court set July 29th 2021 as the deadline for the two Houses of Parliament to meet and regularize the laws.

It has now emerged that the National Assembly and the Senate have not sat or engage to deliberate on the court order.

The bicameral Parliament continues to read from different scripts on the Huduma Namba impasse even as deadline looms.

National Assembly lawyer Paul Muite asked Court of Appeal judges Asike Makhandia, Mumbi Ngugi and Agnes Murgor to extend the period, arguing that failure to do so will create a crisis in eight days.

However, Senate lawyer James Orengo opposed the application by Muite arguing that the National Assembly can only go back to the same court (High Court) that issued the orders and plead its case on why the orders were impossible to accomplish.

Senate accuses the National Assembly of forum shopping. It argued that another Court of Appeal judge bench had dismissed similar prayers.

Related: This Is How You Can Access Your Huduma Namba Cards