How To Sign BBI Report Online At Comfort Of Your Home 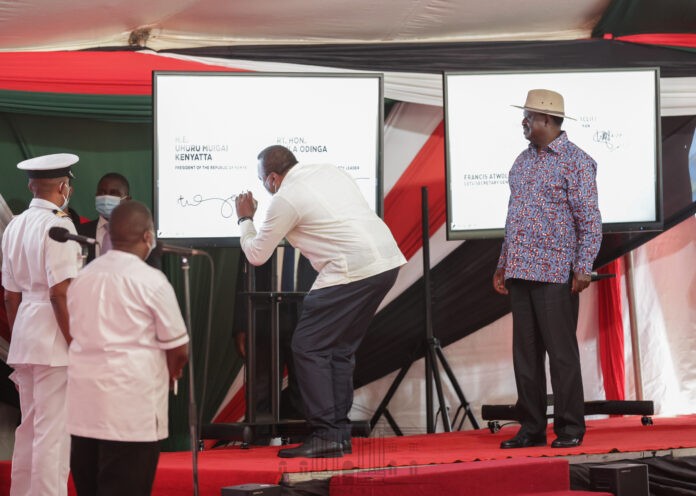 The President said the constitutional amendment process is aimed at strengthening the 2010 Constitution by providing solutions to some of Kenya’s emerging and historical challenges such as the recurrent post-election violence, and urged Kenyans to back the exercise.

“This document is supposed to treat the problems and challenges that face us as a nation. Let us not take it as a divisive document or one that is going to contain all our issues because at different stages in nation’s history there will come others… in America after 200 years they are on the 37th amendment,” said Kenyatta.

The Head of State cautioned Kenyans not to forget that the BBI process is what has been behind the peace that has prevailed in the country for the last two years. 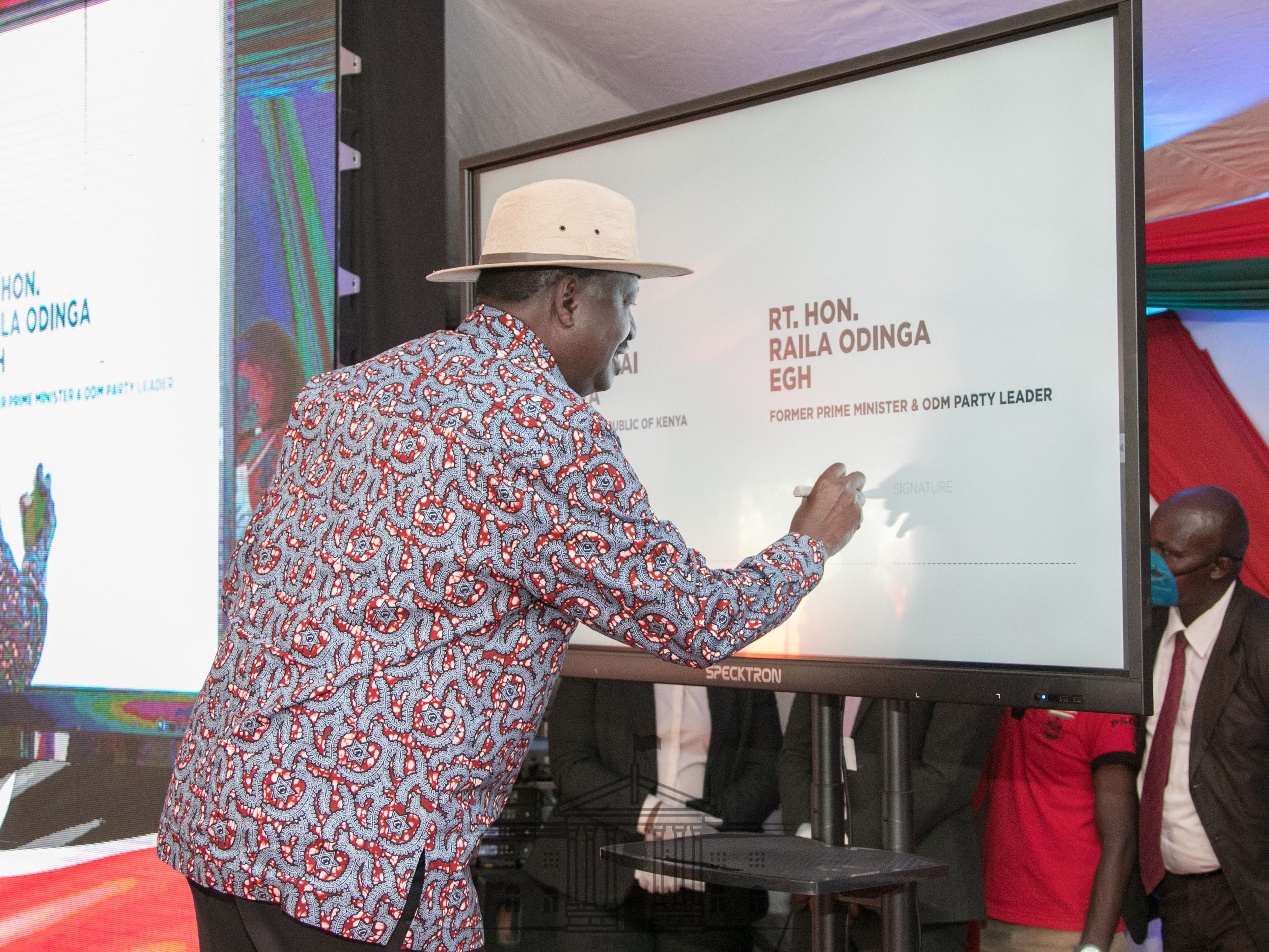 Odinga reiterated that the BBI process provides a fresh opportunity for the country to embark a new journey towards realising the “Kenyan dream.”

“We are starting a new journey today and we invite each and every Kenyan to walk with us. We are confident that if we come together as a people nothing can stop us from realising the Kenyan dream as coined by the founding fathers of our nation. So reggae went on recess because it was halftime. Wachezaji wamerudi kwa kiwanja... Nobody can stop reggae,” said Odinga.

The ODM leader dismissed assertions that the BBI would create an imperial President, further indicating that the proposal to have the Prime Minister and Cabinet Ministers in Parliament was much better for accountability purposes that the current systems, where Cabinet Secretaries have to be summoned and sometimes bullied in Parliament to answer questions.

Kenyatta and Raila said they had agreed to come together to ensure that they dealt with the country’s divisive politics and to improve on the 2010 constitution.

Below are the steps in which Kenyans can use to append their signature on the document;

On the website, Kenyans would get an opportunity to read through the BBI report as well as the  Constitution of Kenya (Amendment) Bill 2020.

After perusal of the two documents, one can either decline to sign or endorse the BBI Constitutional (Amendment) Bill 2020 by signing.

One would also be required to confirm if the information provided is correct, then proceed to sign using a touchpad or mouse, before clicking on the endorse tab.

Speaking during the event on Wednesday, Suna East MP and BBI Secretariat Co-Chair Junet Mohamed stated that the signatures would be collected between today and November 30, 2020.

Afterward, the collected signatures would be taken to the IEBC, followed by the County Assemblies, Parliament and finally to the people of Kenya in a referendum.