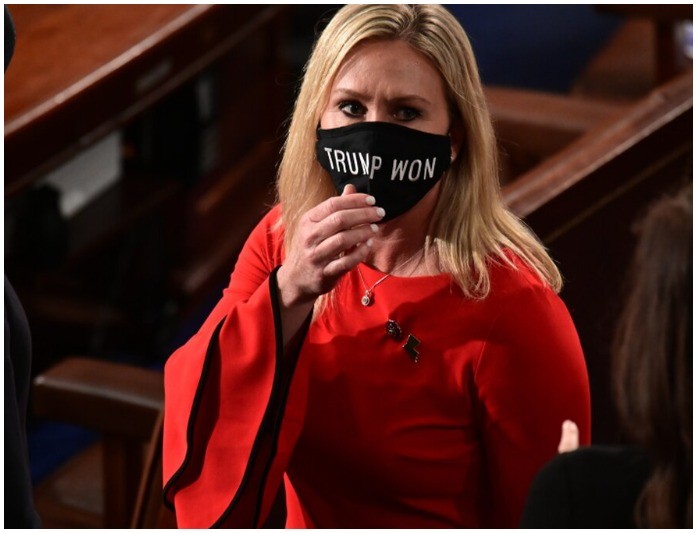 Greene took to Twitter to announce her move, accusing Biden of corruption in his dealings with Ukraine and abuse of power pertaining to his son Hunter Biden.

In a press release, she accused Biden of “enabling bribery” and “blatant nepotism” by utilizing his son Hunter Biden’s position on the Ukrainian energy company, Burisma.

“President Joe Biden is unfit to hold the office of the Presidency. His pattern of abuse of power as President Obama’s Vice President is lengthy and disturbing. President Biden has demonstrated that he will do whatever it takes to bail out his son, Hunter, and line his family’s pockets with cash from corrupt foreign energy companies,” said Greene.

I just filed Articles of Impeachment on President @JoeBiden. pic.twitter.com/mcwEEkKiHL

My statement on introducing Articles of Impeachment against President @JoeBiden: pic.twitter.com/1mq7QRBbTX

The congresswoman had announced last week on the far-right cable news channel Newsmax TV that she planned to file for impeachment, which likely won’t make it far in the Democratic-controlled House.

Everything Greene accused Biden of are merely lies that were perpetrated by Donald Trump especially during the campaign period.

Greene’s Twitter account was temporarily suspended over the past weekend for spreading misinformation. The House republican has previously expressed racist viewpoints and support of QAnon conspiracy theories.

Greene was also among Republican lawmakers fanning Trump’s lies about vote fraud. The freshman House Representative alleged vote fraud on presidential election in her home state of Georgia and not on other races in the state where she and other Republicans won.

Related: Georgia Lawmaker Marjorie Taylor Greene Wants Biden’s Win To Be Nullified But Not Her Win Which Came From Same Election