Harmonize in Nairobi Days after Diamond met with Bahati in South Africa. 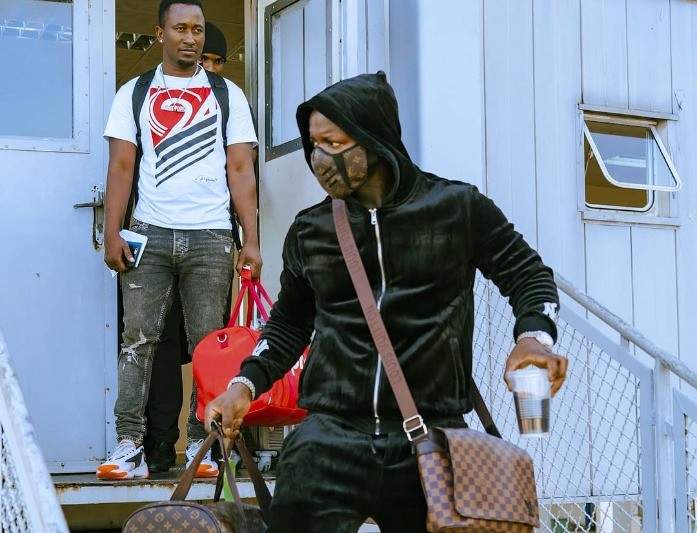 Celebrated Tanzanian artist and CEO of the Konde Music label Harmonize is in Nairobi for a short tour, plans for a collabo with a famous Kenyan artist are most probably underway.

“Expect to have something between Diamond and Bahati or Bahati and Zuchu any time, ” insider.

The Konde Music CEO has not revealed reasons for his visit to Nairobi though, but at least one can connect the dots.

Experts in the music industry have seen this latest move, as a strategy to counter his fierce competitor and most celebrated Tanzanian musician Diamond Platnumz.

Harmonize made a quick move, got into talks with another famous Congolese musician Awilo Longomba and the two released a hit song dubbed Attitude.

The song, which was released about three weeks ago, has 9 million views on YouTube, making it one of the most listened to songs on YouTube.

On the other hand, ‘Waah,’ by Diamonds featuring Koffi Olomide, has 65 million views in just five months.

With the kind of moves that Harmonize has made in the past, it would not be 100 percent wrong to suggest that he is on to something in Nairobi.

Which of the Kenyan musician would you propose to him for a Collabo?