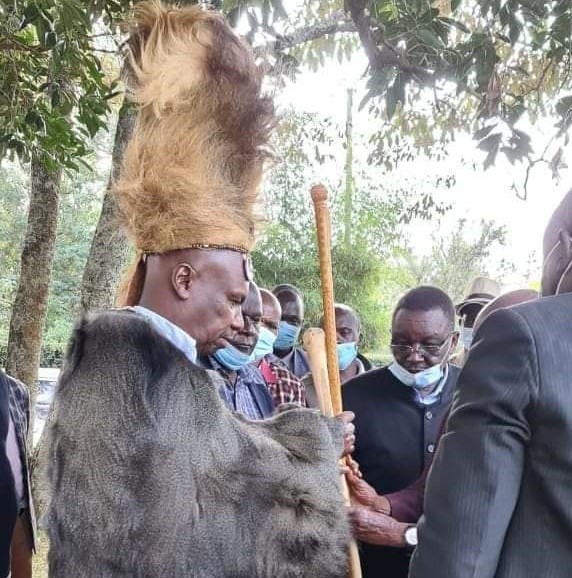 Baringo Senator Gideon Moi has been coronated by Talai elders in Nandi as a Kalenjin elder in a ceremony that took three hours at the dawn of Friday, January 22.

The elaborate ceremony that reportedly took place at 4 a.m is said to have caught many residents by surprise.

The event was secretly planned after a similar event flopped earlier this month.

On January 2 youths blocked Senator Moi from accessing the home of an elder for the coronation ceremony.

Hundreds of youth blocked roads leading to Kapsisiywa where Gideon had been invited by a section of the elders for blessings amid intensifying rivalry between him and the DP over control of the Kalenjin community ahead of the 2022 polls.

Gideon and his team arrived in the area at about 4.am in a convoy of more than four cars and it is on the Sangalo-Kabiyet route that the youth blocked the road saying they would not allow Gideon to the area because the community blessings had already been given to Ruto last year. 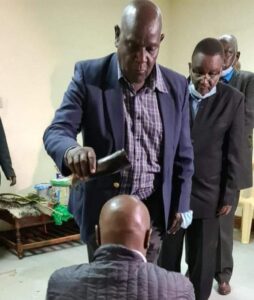 The installation of Gideon Moi as Kalenjin elder puts him at loggerheads with Deputy President William Ruto who had also undergone a similar ceremony conducted by a different group of Talai elders.

Gideon was installed by Kalenjin elders led by Christopher Koyogi.

Koyogi had maintained that the ceremony would continue even after it was blocked by the youths.

The elder declared that Senator Gideon was now the Kalenjin community kingpin and he was given similar powers as those given to his late father, Daniel Moi more than 63 years ago.

During the ceremony, Gideon was handed the Kalenjin community instruments of power and issued the mandate to look for the country’s leadership.