Ezekiel Mutua Stands by WaJesus Family, gets attached for his stand. 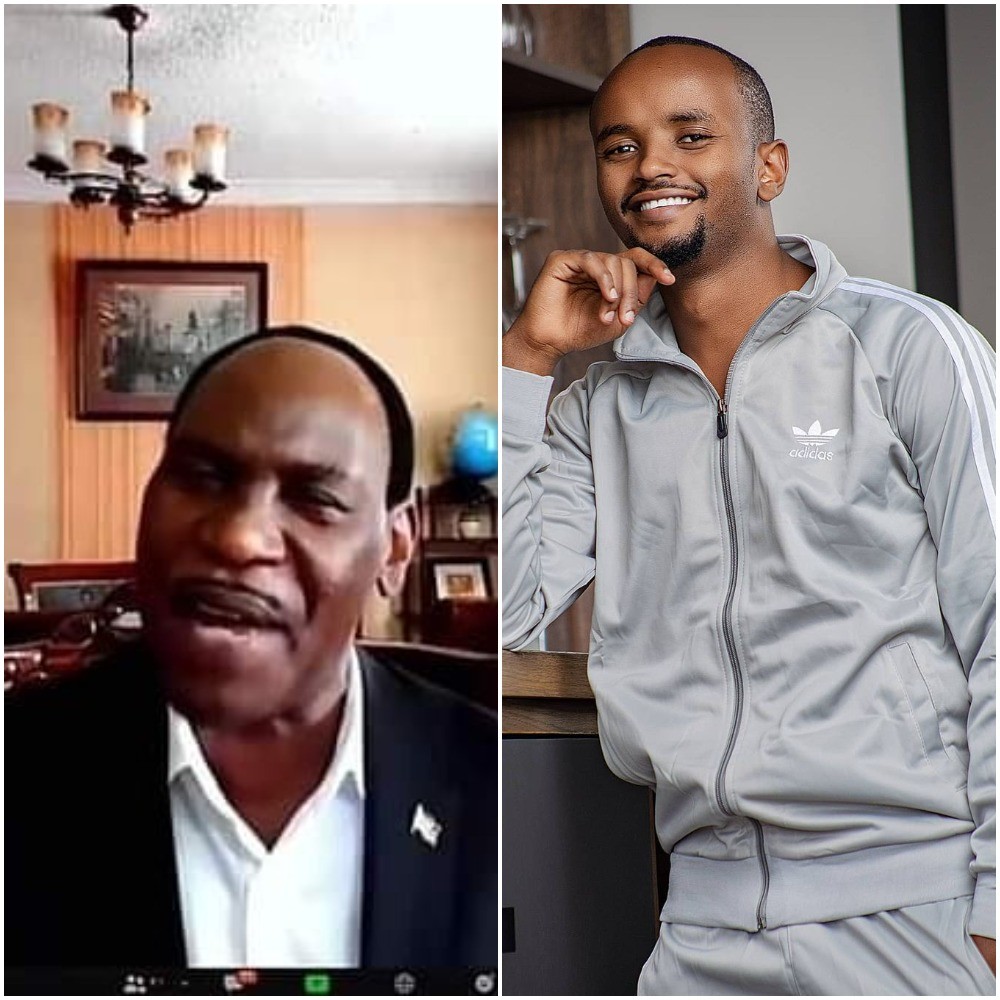 Ezekiel Mutua Twitter post lands him directly into the wrath of Kenyans, who now accuse him of practising double standards. Dr Mutua asked Kenyans not to rebuke Kabi, following the story of Abby, which has since received a lot of attention on the internet.

Ezekiel Mutua Twitter post read, “Do not celebrate another person’s downfall or accentuate the pain. If you can’t help, comfort or pray for them, just leave them alone. We all have some difficult bends in life only that some people attract more public attention and drama. To Kabi and Milly, may God be with you!”
“Are you implying that Abby is his pain, downfall & a difficult bend?” A Kenyan wrote.
Kenyans on Twitter told him to call ‘spade a spade,’ and not be protecting a person who publicly denied his child.
“We are not after their downfalls but denying the baby in public and that mama even shedding small tears!! He’s a deadbeat and it hurts the baby will live confused if he’s uncle or dad or both!! Tutigithie”
You could feel the anger between the lines, another person said, “Can you imagine. Abandoning one’s child is now called a “difficult bend.” Because Shiko was going through an “easy straight” or what.”
“Clearly you can do better than defend a man who denied his own kid publicly and by his own cousin,” Someone noted.
“Dp Jesus defending incest.” The issue here is not incest. It is about taking responsibility for your actions.
You should be a proud father, and take care of all your children without discriminating any. You let Abby go through hell just because you wanted to protect your face and brand. Kabi told.

Many people said he should have done better, saying instead of calling on Kenyans to stop rebuking Kabi. He should instead summon Kabi to his office for a serious talk, “a father-son kind of talk.” And not go on record asking Kenyans to pray for a man who publicly denied his
What angered many people is that Kabi publicly denied Abby. Not the sexual relationship he had with his cousin. We know that these things do happen in our societies.
Ezekiel Mutua still has the time to make things right. And by the way, you cannot be too spiritual when you are required to think.