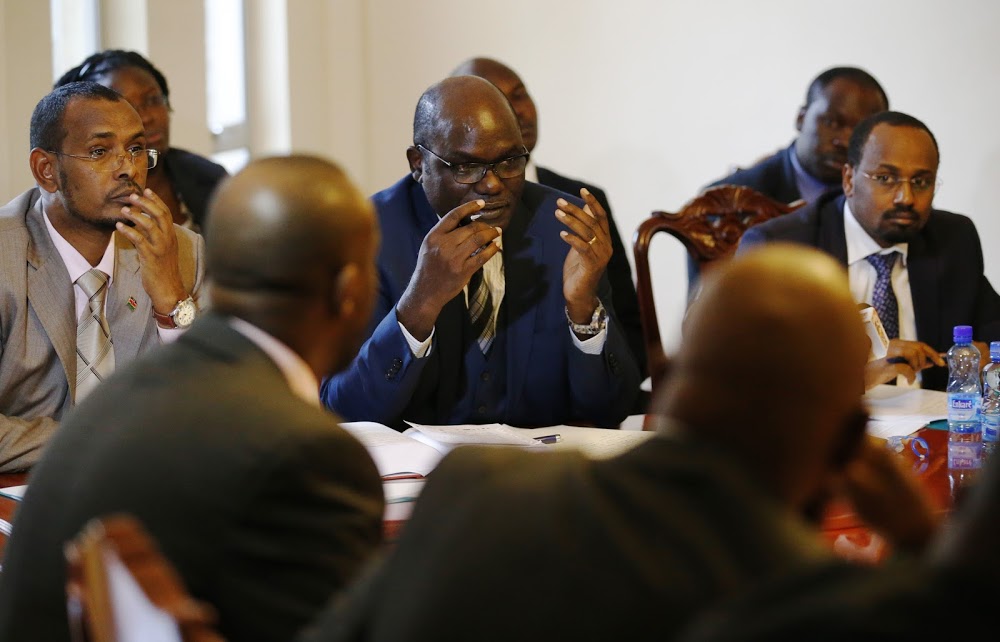 IEBC has opened up about the challenges it faces as the country is moving towards 2022 polls, warning that the electronic results transmission is likely to fail again.

The electoral body raised its concerns after the Treasury issued a controversial circular to all government agencies, including the electoral commission, centralizing the procurement of ICT in the Executive under the Ministry of ICT.

In an interview with a local daily, IEBC deplored inadequate funding by the Exchequer, which they believe had grounded most of their operations.

Commissioner Abdi Yakub Guliye has for the first time warned that the challenges the commission faced in result transmission in the last polls could repeat in 2022.

According to Guliye many parts of the country are still yet to be covered by a 3G network hence making it practically impossible to relay election results from the regions.

Back in 2017, the electoral body was unable to transmit results from at least 10,000 polling stations that did not have 3G network reach. This is one of the reasons the Supreme Court nullified the presidential result since the law requires the commission to use technology to relay the results of the election.

“So, the challenge we had in 2017 will most likely be there in 2022. As a country, what we should be doing now is to improve network coverage particularly in remote areas,” Guliye told the Star Newspaper.

“This implies that the number of polling stations that will be outside the 3G network areas would probably increase,” Guliye said.

According to the law, IEBC should use technology to transmit presidential results from polling stations to the National Tallying Center.

Guliye said the commission had written to the Communication Authority and Ministry of ICT as the matter remained a big concern to IEBC. The commission has also sought help from the parliament and the Attorney General.

Guliye said that they have explained the challenges to various authorities since the challenge does not only affect the commission alone.

“It might be expensive, but when you establish a base station in these remote areas it’s not just for elections, there is a multiplier effect. Sometimes, as a government, we may want to take the cost from the telecom service providers by providing the station and then invite them to put up their telecommunication masts,” Guliye gave a suggestion to the issue.

The commissioner said the problem with the North-Eastern region was compounded by the al Shabaab militia group who have continuously destroyed masts. Guliye suggested that the government acquire satellite technology which requires a huge budget.

The government has come up with a new directive that making it authentic that all ICT equipment and services are procured through the ministry. Guliye has however criticized the directive saying it will cause operational inefficiencies and put the independence of the electoral body in jeopardy.

“If somebody else is going to procure for us, what does that say about the independence of the commission? What does it say about the electoral process itself in terms of the legitimacy, bearing in mind that the Ministry of ICT is part of the Executive of the day, which probably will have an interest in the elections?” he asked.