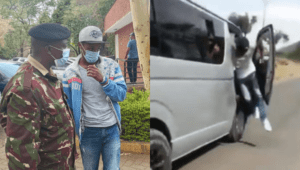 A matatu driver who broke the internet after a video got shared on social media performing seriously dangerous stunts on a public road was arraigned in Court on Friday.

The unidentified man was arrested after presenting himself to the NTSA offices after he was summoned by the authority.

In the viral clip, the man who was driving a matatu registration number KCW 895Q is seen hanging from the driver’s door while facing backward and performing playful motions with his legs as the vehicle moves. 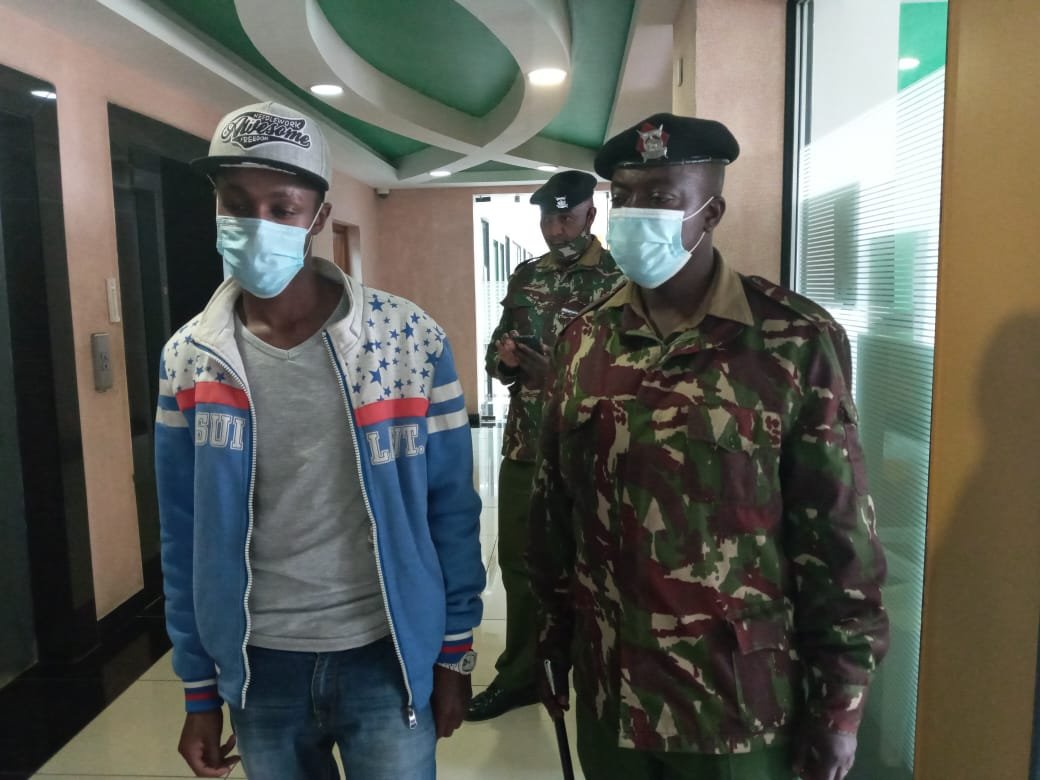 The incident was captured by a passenger from an adjacent matatu.

NTSA earlier termed the incident as unacceptable vowing to take action against the driver.

According to the National Transport and Safety Authority (NTSA), the man will be presented in court for reckless driving and endangering lives.

6 New Mugging And Dangerous Hotspots In Nairobi CBD To Avoid Past 7.30PM