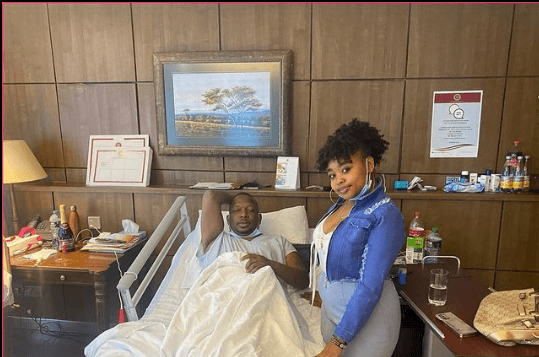 The Anti-Corruption Court ordered the Nairobi Hospital chief executive together with the EACC to present former Nairobi Governor Mike Sonko on Thursday morning.

Sonko was admitted to the hospital last month, with the initial report indicating that he had stomach complications. But last week, his lawyers told the court that he needed to travel to South Africa for a hip replacement surgery.

On Tuesday, March 3, Milimani Senior Principal Magistrate Peter Ooko directed the hospital’s CEO as well as the EACC officer in charge of prosecutions to secure Sonko’s attendance in court for the hearing of his Sh14 million corruption case.

The order comes after the Anti-Terrorism Police Unit (UTPU) officers failed to produce the former county boss in court as ordered by the court on Monday.

The Anti-Terrorism Police Unit deputy OCS Ezekeile Lulei told the court that they could not produce Sonko in court following an order to the police “not to interfere in any manner with Sonko until he is discharged from Nairobi Hospital”.

The officer noted that the police could not violate the order as they will be held in contempt.

But the State prosecutor differed with the officer, saying the order was issued by a court of concurrent jurisdiction and do not hinder a court at the same level from issuing a similar production order.

The prosecutor noted that the said order had expired on February 26 and that no fresh one had been issued.

In his ruling, the magistrate said, “I have perused all the medical reports and the Kahawa magistrates’ court’s [ruling] about Sonko. Nowhere has it said he cannot stand trial and neither is he incapacitated such that he can’t follow the proceedings.”

On their side, Sonko’s defense team lead by Dr. John Khaminwa, Wilfred Nyamu, and Paula Atukunda said their client (Sonko) should be allowed to continue receiving treatment devoid of any disturbances.

“Sonko is scheduled to be flown to South Africa for specialized treatment,” Nyamu told the court.

The defense gave the magistrate a detailed confidential report on Sonko’s health.

Dr. Khaminwa said the court should instead move its sitting to the Nairobi Hospital if it wants Sonko present.

While lawyer Atukunda asked the court to put a balance of all parties in the case and allow and allow their client to recover.

Sonko is also expected to appear at a Kahawa court at 2:30 pm on Wednesday for direction on whether he should be detained for 30 days for questioning by the Anti-Terror Police Unit, on allegations that he is linked to terror.

He will then appear before Magistrate Ooko for further direction on the trial of two of the three corruption cases he is facing.

Related: Anti-Terror Police Given Till Tuesday To Produce Sonko

Woman and Son Arrested Over Her Lover’s Murder