The High Court has ordered the liquidation of Africa Merchant Assurance Company Ltd (AMACO), a company that is owned by Deputy President William Ruto.

Justice Margaret Muigai in her ruling ordered the liquidation process of the insurance company be undertaken under the supervision of the official receiver.

“Africa Merchant Assurance Company Ltd (AMACO is hereby liquidated under supervision of the official receiver and liquidator and subsequently the company be owned up,” Justice Muigai said.

Five petitioners namely  Elizabeth Karithi, Anisia Muthoni, Faith Muthoni, Silas Kinoti, Abel Mwaniki and John Mwangi, filed a case in court seeking the liquidation of AAMACO under the supervision of the official receiver and liquidator and subsequently the company be wound up. 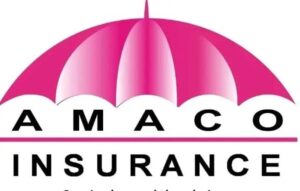 The petitioners argued in their case that the Insurance company failed to honour its obligation to pay the full decretal sums and costs as ordered by the court.

Through their lawyer Karingi Mugendi, the five told the court that the company has shown no obligation of company of paying them a total sum of Ksh10,235,552.17 million as directed by the courts.

They further said that judgments and decrees were served on the company and have never been set aside nor appealed against to date.

“To date, the decrees remain unsettled and continues to accrue interests and no plausible reason in law has been given by the company for failing to pay the decretal sum. Indeed the company’s directors have adopted a rather carefree attitude and appear to abuse the Petitioner’s goodwill in the matter”, the petitioners told the court.

They added that the decretal sum is not disputed and has been due and payable in full since the judgments were issued on February 6 this year.

Despite all the court orders, the company is yet to pay the decretal sum.

Co-operative (NACHU) To Put Up Over 125,000 Low Cost Housing Units In Kenya