Cause Of Worst Train Crash That Killed Hundreds In Taiwan Revealed 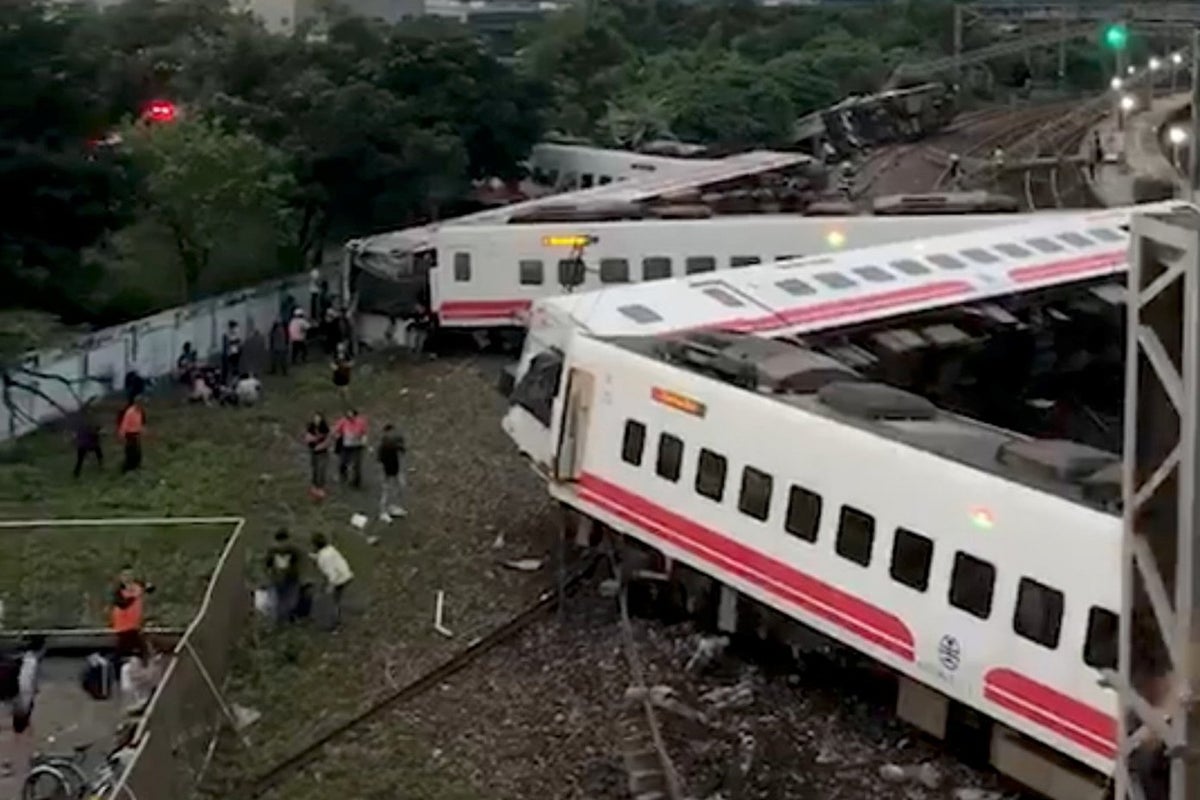 A train crash on Friday killed hundreds of people in Taiwan and leaving many people injured in one of the most deadly train accident in decades.

According to reports, the accident happened when the passenger train collided with a construction truck that was improperly parked after it rolled down, making the train to be derailed in a tunnel as revealed by Taiwan’s official Central News Agency (CNA).

Images from the scene showed pieces of crushed metals surrounding the train that was tilted inside the tunnel with survivors trying to escape to safety by climbing on the windows.

Apparently, the unfortunate incident happened on the day of Tomb Sweeping Festival in Taiwan laced by annual commemoration with millions travelling domestically to mark the day with their family members.

According to Washington Post, the train had 374 seats but was carrying almost 500 people, with many passengers standing in the crowded cars, Taiwanese officials told local media outlets.

After the accident, Taiwanese President Tsai Ing-wen ordered a rapid effort to save those trapped and injured. He also declared commencement of investigations to unravel the cause.

“All relevant units are working all-out in the rescue mission,” she said in a statement posted on Facebook.

In the meantime, this accident has raised debates on the safety of Taiwan’s transport system after another deadly train crash happened in 2018, injuring 2015 people and killing 18 others in northeastern side of the country.

“Those in the carriages stuck in the tunnel, some broke the windows, some climbed on the roofs, some were covered in blood, some were looking for their relatives,” Recalled one of the witnesses.