Captain’s Armband that Ronaldo Threw Auctioned For 8.2M To Save A Sick Boy’s Life

The Portugal captain’s armband which Cristiano Ronaldo angrily threw on the ground after his goal was incorrectly disallowed has been auctioned to help a sick boy.

Ronaldo threw the armband in a soccer World Cup qualifier against Serbia at the weekend, and was picked up by Djordje Vukicevic, a duty firefighter.

The blue armband with a white letter C was then put up for a charity auction by Vukicevic and his colleagues from Belgrade’s firefighting brigade to collect money for the treatment of six-month-old Gavrilo Djurdjevic from Serbia who is suffering from spinal muscular atrophy. 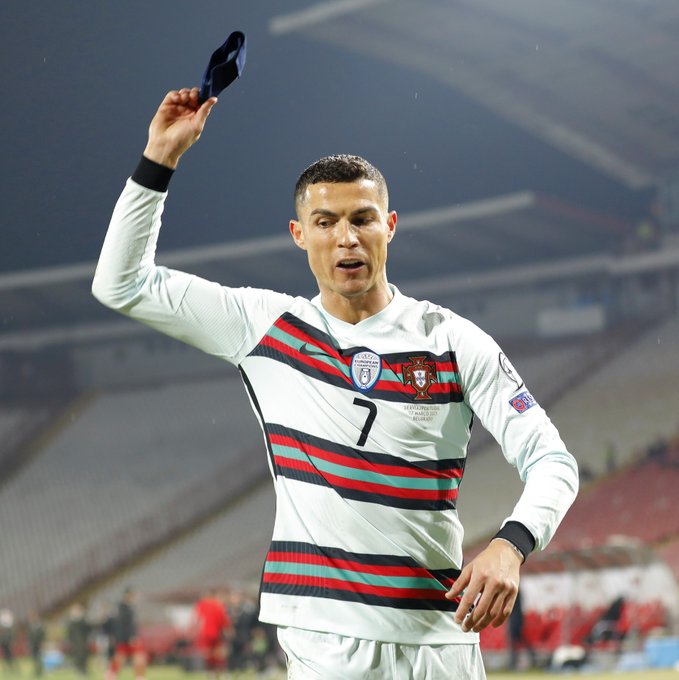 “Ronaldo was agitated (and) he threw the armband, it fell right next to me,” Vukicevic said on Thursday.

On Saturday, the 36-year-old Ronaldo, who plays his club football for Italian champions Juventus, stormed off the pitch and threw down the captain’s armband when he was denied a clear stoppage-time winner in the 2-2 draw in Serbia.

He decided to put it up for auction to raise money for treatment for Gavrilo Djurdjevic from Serbia, who is suffering from spinal muscular atrophy.

“The entire crew agreed this [armband] will go for little Gavrilo,” he said.

Vukicevic said he was ready to sell any memorabilia he could collect from players to help Gavrilo’s parents collect the Sh316 million needed for the treatment.

The winning bid for the armband was Sh8.2 million. Gavrilo’s mother Nevena said proceeds from the sale would be would be a significant contribution to their treatment fund.

“We could not believe that some people who do not even know us… would take the armband, auction it and help our child,” she said.

The armband has been used for a good cause which will most definitely make Cristiano Ronaldo proud to have used a child’s life. It was a blessing in disguise.