Campaigns To popularize BBI To Start Next Week – Secretariate 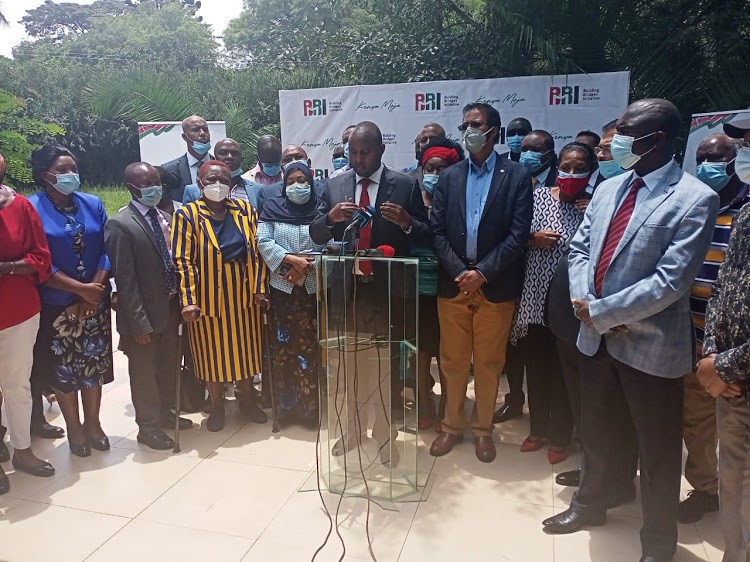 BBI secretariat on Wednesday announced that they will officially begin campaigns to popularize the BBI next week Monday.

The Secretariate’s co-chair Junet Mohammed said they will come up with committees to spearhead the campaigns.

“We shall start the campaigns on March 1 and we shall have 10 committees that will spearhead the exercise across the country,” Junet said.

President Uhuru Kenyatta and his handshake partner Raila Odinga will be leading the BBI popularisation exercise across the country.

At the same time appealed to the Judiciary to expedite anti-BBI cases to ensure the planned referendum is not affected.

Speaking at Daraja House, Junet should read the mood of the country and clear the legal hurdles before the court.

“To our courts, before which legal challenges to the BBI process stand, we beseech; read the mood of the people. The BBI spirit, with its message of unity, inclusivity, and more resources to counties, has ignited patriotism and hope in the country, of brighter days ahead. We take note that due process has been followed through public participation in the County Assemblies. Therefore, the BBI process being a popular initiative should be allowed to be subjected to the approval of the Mwananchi; in line with Article 1 of the Constitution of Kenya, 2010 that emphasizes the sovereignty of the people,” Junet said.

BBI co-chair Dennis Waweru noted that the overwhelming manner that the county assemblies endorsed the initiative reflected what will happen when it is formally taken to the people in a plebiscite.

“The MCAs have sealed their spot on the right side of history for endorsing a process that seeks to take this Country to greater heights. We also thank them for listening to the voice of the people and for putting Wanjiku first in their deliberation and consideration of the Constitutional Amendment Bill, 2020,” the secretariat said in a statement.

The team further thanked Governors whose counties have endorsed the BBI bill by allowing the voice of the people to prevail devoid of their political affiliations.

“We, in particular, wish to recognize the roles the Governors played in facilitating public participation and for supporting the distribution of copies of the BBI Bill to Kenyans,” the team said.

As the Bill now moves to parliament, the secretariate urged lawmakers to emulate the MCAs in amplifying the voice of the people.

Barack Obama Mourns Prince Philip, Reveals Something Shocking About Him